Filmmaker Adam Rifkin (The Chase, The Dark Backward, Detroit Rock City) follows around actor Giuseppe Andrews (Never Been Kissed, Cabin Fever, Independence Day) as he gets his Harmony Korine on while making his latest low-fi opus Garbanzo Gas. An accomplished filmmaker in his own right, Andrews has been making oddball oddities for years having made 30 films in his Ventura, California trailer park with neighbours and homeless people. It’s certain to be a weird one. (Nightvision, world premiere)

Giuseppe Makes A Movie — trailer from Cinemad on Vimeo.

Margaret Brown heads to the small towns and big cities along the Gulf Coast of the United States to take an in-depth look at the long term (and still being realized) effects following the catastrophic 2010 Deepwater Horizon oil spill and the people forced to live in the aftermath. (Special presentation, international premiere)

Filmmaker Amir Bar-Lev (The Tillman Story, My Kid Could Paint That) looks at the Jerry Sandusky/Penn State child sex abuse scandal and how hero worship and rooting for the home team can sometimes mean an unwitting turning of a blind eye to serious abuses of power and trust. (Special Presentation, international premiere)

Having been booted off his own show, Community creator and show runner Dan Harmon went out on the road to do some podcast recording in this behind-the-scenes look from director Neil Berkeley (who was last at Hot Docs a couple of years ago chronicling a similarly bearded iconoclast in the Wayne White doc Beauty is Embarrassing). (Nightvision, international premiere)

Three homeless teenagers fight to stay in school, keep their heads above water, and maintain hope in a harsh world thanks to LGBT, immigration, and foster home issues that have left these kids without families of their own. (World Showcase, world premiere)

Although they’re a bit of a dying breed in the internet age, it’s still easy to reach out and touch someone when you need some help. Director Tony Shaff takes a look at the people on the other end of suicide helplines, psychic hotlines, and phone sex chats and how they approach their jobs. (World Showcase, world premiere) 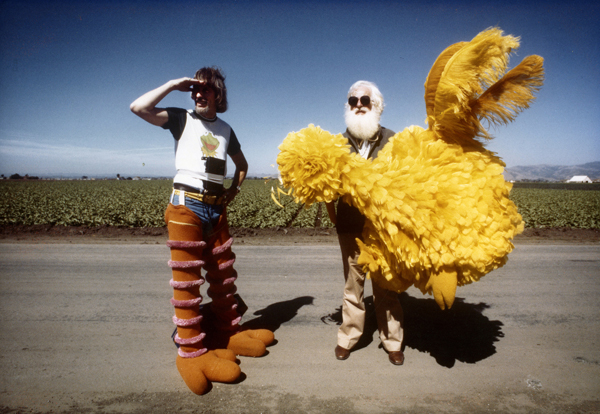 I Am Big Bird: The Caroll Spinney Story

A childhood staple in many homes, the Sesame Street character Big Bird has taught children some of life’s most important lessons. Filmmakers (and former Hot Docs volunteers) Dave LaMattina and Chad Walker take a look at the astounding career and journey of now 80 year old Muppet maven Caroll Spinney, the man inside the suit (and the man behind Oscar the Grouch) and why he can’t bear to let the character go after all these years. (Special Presentation/Scotiabank Big Ideas, world premiere)

Lab scientist and long distance runner Bill Andrews and laid back theoretical biologist Aubrey de Grey are on two separate, but equal quests: to stop the aging process and gain immortality, not only physically, but in the face of more established old guard scientists who see their pursuits as foolhardy. (World Showcase, international premiere)

Oregon might seem like the least likely place for war reenactors (quick, name the last major battle to take place there), but for a group of “weekend warriors” keen on setting up violent restagings of battles from World War II, the Civil War, and Vietnam, it’s their only option. (World Showcase, international premiere)

The Internet’s Own Boy: The Story of Aaron Swartz

Of course this year’s opening night film is one of the hottest tickets of this year’s festival. Looking at the short life of technological pioneer Aaron Swartz (developer of RSS, co-founder of Reddit, probably the biggest anti-SOPA activist there was), director and Hot Docs alum Brian Knappenberger (We Are Legion: The Story of the Hacktivists) takes a look at a smart young man who tragically took his own life at only 26 years of age. (Special presentation/Scotiabank Big Ideas/Opening Night Gala)

Meet the self-proclaimed “greatest politician that ever lived,” 81 year old Maricopa County Arizona Sheriff Joe Arpaio, an outspoken, unnerving, marketing savvy lawman who has been plagued with (very possibly correct) allegations of discrimination, racism, and corruption. And yet, he’s never lost an election he has run in, making him think of himself as virtually untouchable. (World Showcase, international premiere)

One of the only films in this year’s line-up that could be seen as an auteurist choice, Canadian filmmaker and writer Denis Cote returns to documentary with his cinematic essay on labour and industry. (Canadian spectrum)

Keep on Keepin’ On

93 year old Clark Terry is losing his eyesight and quality of life rapidly, but it doesn’t stop the jazz icon (who mentored Miles Davis and played with both Count Bassie and Duke Ellington) from helping to train a young piano prodigy and close friend, Justin Kauflin, in filmmaker Alan Hicks’ debut feature. (Next, international premiere) 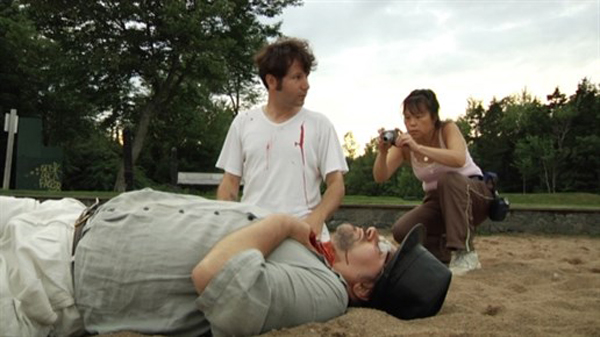 Canadian filmmakers Matthew Bauckman and Jaret Belliveau won big at Slamdance earlier this year (garnering high praise comparisons to Fubar and American Movie) with this look at Elliot “White Lightning” Scott, a young man who wants to make a classic 70s kung fu film (awesomely titled Blood Fight) and he’s been working for years to make his dreams of becoming the next big Canadian action star a reality, much to the chagrin and amusement of those around him. (Canadian Spectrum)

The Life and Mind of Mark DeFriest

Prolific prison escapist Mark DeFriest was once labelled “the Houdini of Florida” after successfully flying the coop 13 times before the age of 19. (His initial crime? Stealing his dad’s tools.) 30 years after his last attempt, the now 50 year old DeFriest might be due for a legitimate release following an admission from a court appointed psychiatrist that initially testified against him saying he was never competent to stand trial in the first place. (International Spectrum, world premiere)

THIS WAY TO PAGE THREE.

THIS WAY BACK TO PAGE ONE