“‘Guilty, sinner, forgiveness’. You’re just another dude telling me what I’ve done wrong and now I’m bout to do some right” — Wynonna Earp before blowing a dude’s head off

If you’ve seen a single episode of Supernatural you won’t need me to explain why people are making comparisons between it and Wynonna Earp. Both shows are about two siblings (one rough and tumble, one sweet and studious) who have been pulled apart by circumstance after their shitty and violent childhoods. Both shows are about the identities the siblings have been forced to inherit because of their family legacy as monster hunters and both shows have demons, legendary guns, sexy people, and witty one-liners. They are similar in content and aesthetic, but despite the overwhelming similarities there are a lot of differences, and those differences are incredibly important.

I have a love-hate relationship with Supernatural after sticking with it for all 241-ish episodes (so far) and spending way more on Supernatural merchandise than I would like to admit. I love Supernatural’s characters and I love the show it could be, but I hate the show it often is and I hate the show that it might become. It’s because of all this that I have high hopes for Wynonna Earp, as it could very well be the show that benefits from Supernatural‘s many mistakes and creates an entirely different demon killing world for us to love. Here are 7 lessons that Wynonna Earp can teach us about making great television in only 10 episodes!

1)Your target audience doesn’t have to be men 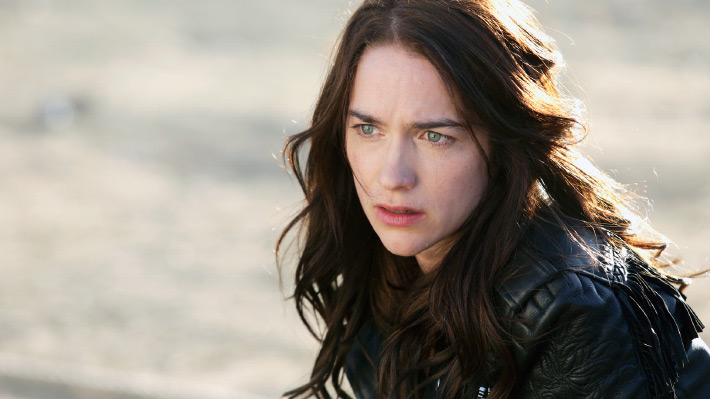 I don’t know why after 11 seasons of Supernatural I still feel like the show isn’t for me. Despite the fact that Supernatural runs many huge conventions full of female fans every year I still feel like the showrunners wish their audience was primarily dudes looking for action, horror, and cars, not primarily women looking for action, horror, cars, friendship, and romance. Even though there is nothing about Wynonna Earp screaming “women watch me” – other than the main character being a woman – I felt right away like I was the show’s target audience. I feel somehow that I’m being called to or hailed. It feels like the queer female jilted Supernatural fan is exactly the audience they want.

2) Queer-baiting is not the same as queerness 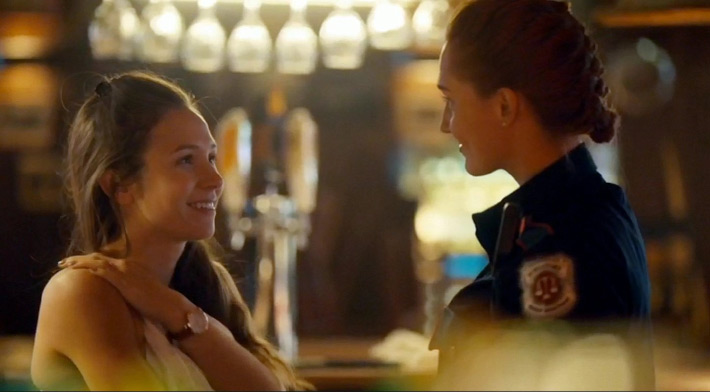 Supernatural is known for its brutal queerbaiting. On the one hand, I’m a sucker and the relentless hints and gesturing that Dean is bisexual and that Cas is in love with him have kept me coming back season after season. I am without a doubt part of that audience being baited not only because I’m shipping Dean/Cas (Destiel) but also because I desperately want to see more bisexual representation on TV. Wynonna Earp, on the other hand, was from the get-go making sure you know some of its characters are queer. They aren’t implying it, they aren’t teasing it, they are showing it, they are confirming it. They literally named one of the most aggressively queer characters “Deputy Haught” (blush) and the moments between her and Wynonna’s sister Waverly are so beautiful and perfect and queer but of course, because this is TV, the relationship is not without conflict. The conflict is not queer panic though, it’s that (pretty clearly bi) Waverly has a boyfriend, who is an actual character – not just a jerk who is there for you to hate. After only a single episode I had a huge crush on Waverly, who is like a more likable but equally complex Spencer Hastings from Pretty Little Liars. Immediately Waverly felt like a character for queer fans, not one that was going to be used to tease us. On top of this, only a handful of episodes in, we’ve had an episode revolving around a queer romance involving two other characters (I wish Fish was a recurring character). To cap it off, not gonna lie, Doc Holliday seems pretty bi to me as well. A girl can dream. 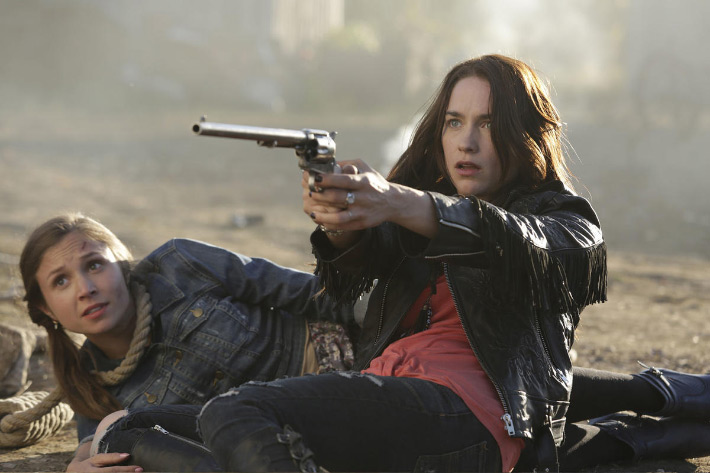 The best episodes of Supernatural don’t take themselves seriously. Unfortunately, that is only about half of the episodes. The other half are overwrought with overly dramatic tirades of masculinity, full of “no homo” moments and “single man-tears”. So many of the conflicts in Supernatural arise not out of the world ending or hell opening up but the refusal on the part of the siblings to communicate because of a toxic mix of pain, pride, and male ego. It is frustrating how disconnected those episodes feel from the more complex honest and self-aware ones. Wynonna Earp has covered intense topics but seems to keep its humor and self-awareness throughout. No matter how serious the content being covered in Earp’s life (accidentally killed your own father and sister with your dad’s gun – yikes) there are also jokes being made and fun being had. Wynonna and Waverly seem to be working through their shit as a family to some success, unlike the brothers who are inarguably more messed up now than when the show started.

4) People of colour can be love interests 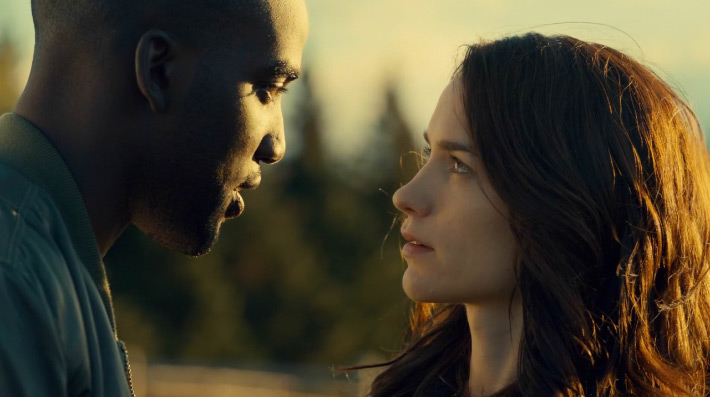 I think this one is pretty self-explanatory. People of colour on Supernatural are few and far between and treated poorly. This post about race and Supernatural had high hopes for two POC characters who had been introduced around the time it was being written – they are now both dead. — they are now both dead. Dean’s first love interest was actually a woman of color who seemed perfect for him but she disappeared after a single episode never to return. Now Purgatory, the setting of Wynonna Earp, is a pretty white place, there are not a lot of POC hanging around this hick town but it’s so refreshing that Wynonna’s love interest (oh the sexual tension of the hate/love workmance – KISS ALREADY) is Agent Dolls who is played by Torontonian Shamier Anderson. Not only is Agent Dolls the much needed straight man of the series, giving humorless stares in response to Wynonna’s quips but he is sometimes shirtless which is a great bonus.

5) A consistent location means a better cast of characters 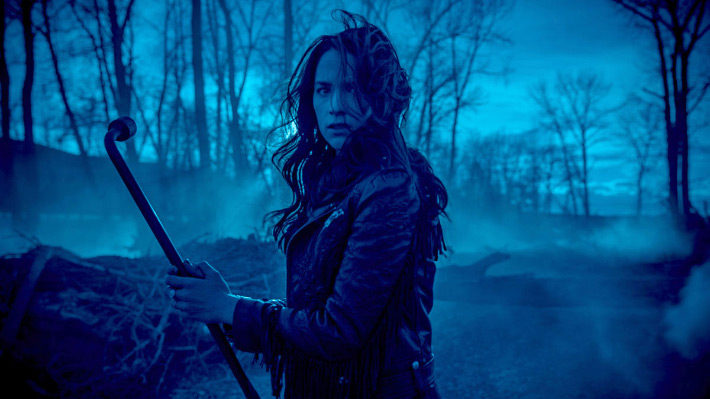 Don’t get me wrong, I love a good road trip. Supernatural’s road trip model is amazing because we get to see a ton of different landscapes, monsters, motels, and people but it just doesn’t work in the long term. I can’t even count the times Supernatural has had a “monster of the week” episode and introduced really incredible characters (recent episode “The Chitters” is a great example of this) only to have those characters either die or walk away never to be seen again. Wynonna Earp staying in the town of Purgatory allows for charming recurring characters and also allows the creators to develop a setting that has its own reputation and expectations. The other more practical benefit to Purgatory is that you don’t have to listen to our heroes constantly explain to local law enforcement that monsters are real. Everything starts from the assumption that monsters are real and then we work from there.

6) Women don’t have to die constantly 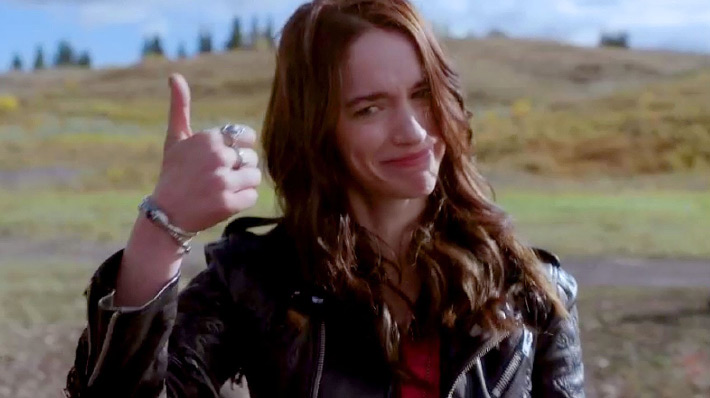 7) It gets good right away 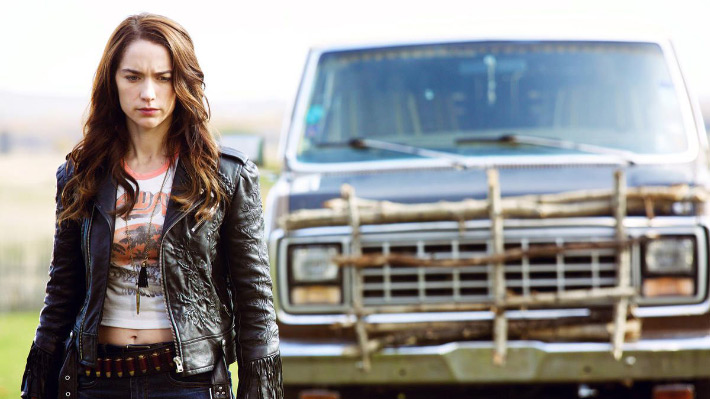 On the rare occasion that I’m trying to convince people to watch Supernatural I usually have to tell them to bear with it through the first two seasons (which is a LOT of episodes) while it gets its legs. When they get into it then we can share frustrations about how Supernatural gets REALLY good and then suddenly gets really bad countless times throughout its run. I don’t have the same baggage when I recommend Wynonna Earp to a friend. I cared about all the characters immediately, I liked it right from the credits and I didn’t suffer any heartbreaking disappointments. The chemistry between the cast members is palpable and you can tell there is a lot of really interesting mythology and material for the writers to slowly uncover. I’ve laughed, I’ve cried, I’ve been terrified – the gamut. So come on down to Purgatory where you can have your demon hunting and your queer romance too. There wasn’t work or patience or guilt involved in loving this show and as a Supernatural fan that was a very welcome change.

Lol… Just Lol….
This entre Show looks more like a bunch of a terrible Mix of B or C Movies. Plotholes so Big and Deep that even the Moon could pass through. Shitty FX and Story.