A Confession: The Aftermath of Tragedy - That Shelf Skip to main content

In a time when true crime tales have become de rigueur, the aftermath of the tragedy—the hearts broken, the lives changed forever—is often glossed over with some perfunctory lines of copy, or can be left out of the narrative altogether.

A Confession, a true-crime drama which premiered in the UK in September, takes great pains to explore what happens after the killer is caught. What happens to the families and the detectives involved in the case? How do they cope? While the first few episodes of the 6-part series predictably focus in on the investigation surrounding the disappearance of two young Wiltshire women, the rest focus in on its the aftermath⁠—particularly on the pain and loss experienced by the girls’ mothers and the systemic scapegoating of the detective who solved the crime.

The production packs a seriously dark emotional punch, with writing and performances that set it capably apart from your average police procedural. Imelda Staunton (Harry Potter, Pride) and Siobhan Finneran (Downton Abbey, Happy Valley) turn in exceptionally harrowing performances here as the distraught matriarchs, while the quietly riveting Martin Freeman (Fargo, Breeders) digs deep as real-life Detective Steve Fulcher, the man who put his entire career on the line to catch the killer.

Solidly adapted from the detective’s book about the case, A Confession is a truly devastating look at those left to grieve and a system that lets them all down.

A Look Inside A Confession

Freeman and director Paul Andrew Williams (Broadchurch) joined Variety and BritBox this week for an online Q&A about the series, discussing the raw emotions and material at A Confession‘s core. 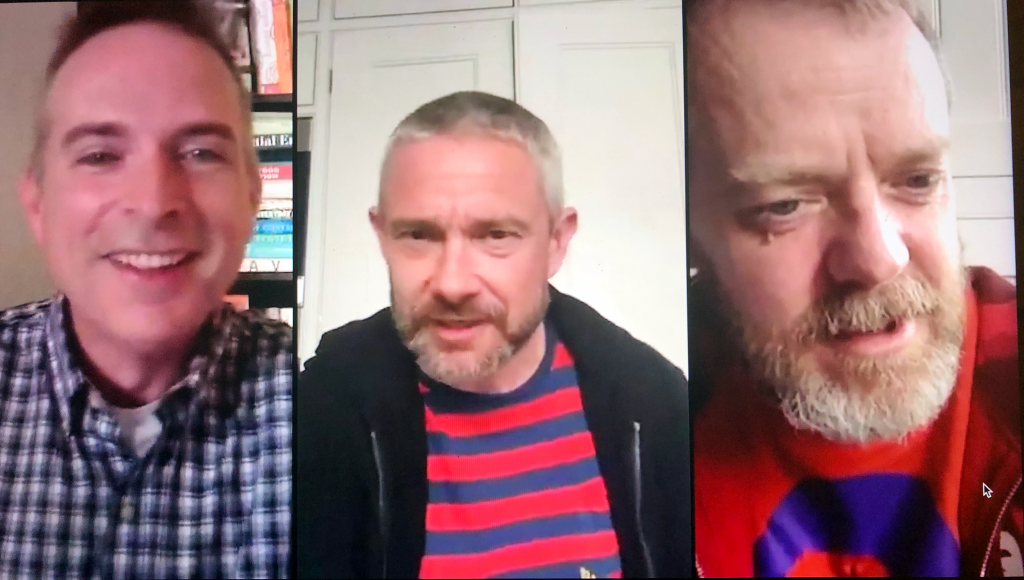 “The primary horror of what goes on in this [series] is the death of two young women,” Freeman shared. “But second to that, is what happens to my character, Steve Fulcher, for trying to solve these crimes and for trying to find these women.”

Neither Freeman nor Williams view Fulcher as a trailblazer or by-any-means-necessary rogue detective, but as a man doing the job to the best of his ability.

“I was shocked by what was happening, by what befell this man for simply trying to do what any of us would want a copper to do. He wasn’t going seriously Maverick. He wasn’t going Liam Neeson in ‘Taken,’ do you know what I mean? He wasn’t beating someone up at the station,” Freeman observed. “What he did was completely kosher.”

Williams added: “What’s interesting is that he’s not a hero. I certainly don’t think he thought he was doing anything heroic at all. It was just doing the job.”

“He’s a very straight copper,” Freeman agreed. “He doesn’t think ‘to hell with the PACE rights‘. He knows that they’re there for very good reasons. There are bent coppers, and there were certainly more than there are now because of these rules and regulations. I see him as essentially a decent person. [What happened] is quite a wound to him, I think.”

Though the case itself is relatively well known in England, many of the details—particularly around Fulcher’s involvement—are not.

“I think when he watched it, it just reiterated how unfair it was and how crazy that situation was,” Williams explained. “When you are doing the right thing and [there’s] injustice – which everyone can see is ridiculous – that’s very hard to get over. Obviously it’s very different to losing a family member but it is a form of grief as well.”

Even before filming commenced, both men agreed to let the material speak for itself and not let “acting” overpower the already devastating story of families who lost loved ones.

“When you’re working opposite very, very good actors, a lovely thing is you don’t have to do any acting,” Freeman said. “You don’t have to really bring anything except your presence and to be open to the moment. I got very emotional, but I didn’t even want to. That wasn’t me trying to do a number as an actor, it’s just reacting to what you’re being given.”

The fact that both the detective and the victims’s families were around and able to meet with the actors and visit the set lent the whole production a greater sense of purpose and responsibility. Freeman spoke passionately about not losing sight of that:

“What happened to Steve Fulcher is bad and on-going, but there are families who have lost young family members in the most brutal and awful of circumstances. The real tragedy belongs to those families.”