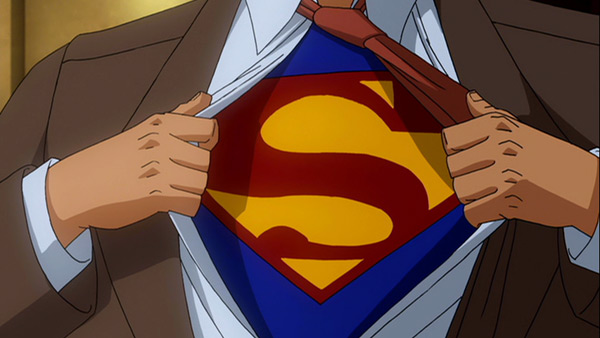 All-Star Superman is DC’s newest animated feature and drops today on Blu-ray and DVD; it follows the storyline set out by the comic book of the same name. Released between November 2005 to October 2008, All-Star Superman gave us the quintessential Superman story – there were elements from every part of his mythos, and it was all tied together by one overarching plot point: Superman is dying, and needs to come to terms with his mortality.

The comic was written by the combination of Grant Morrison and Frank Quitely, who, admittedly, I’ve never been a fan of. I dislike Quitely’s art (specifically his faces) and Grant Morrison’s writing seems to reward the person who has read every speck of his work while punishing those who haven’t. More often than not I’m scratching my head wondering what I’ve just read while wondering why Wonder Woman looks like she has Superman’s face.

However, Morrison did not write this film, nor did Frank Quitely animate it. Instead, they provided an amazing framework to be used by the animation magician, Bruce Timm. For the uninitiated, Timm did the work behind most of the DC Animated Universe, and produced this film. Along with him is Dwayne McDuffie, the creator of Static Shock and writer/producer for the Justice League animated series, who co-wrote the film. On paper, All-Star Superman looks quite good.

And it is. The film does the job the comic did originally: it makes Superman seem relevant in a time where superheroes need multiple layers of drama and (to be frank) bullshit in order to hide genuine personality.

The opening scenes of the film involve Superman absorbing a lethal dose of solar radiation while saving some scientists studying the sun. This is set up by Lex Luthor, who wants to kill Superman before he himself is executed for crimes against humanity. As a result of his solar exposure, Superman’s powers are supercharged to extremely high levels, and he must figure out a way to spend his remaining time alive. 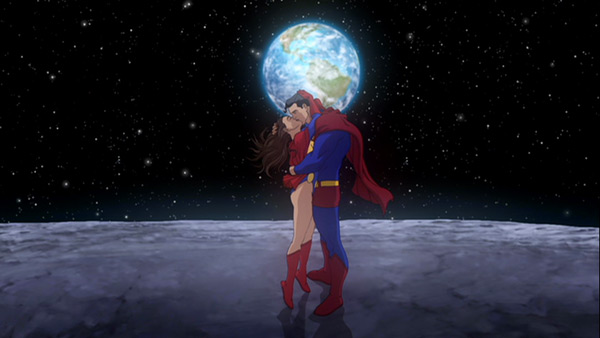 So the rest of the movie is spent doing just that. Each area of the Superman mythos is touched on: Lois Lane, Smallville, dealing with time-hopping villains, Lex Luthor and being a journalist are each touched on, and serve to show different sides of Kal-El before… the end.

The movie actually omits certain story lines from the book (namely the large Bizarro section.) I’m kind of glad they did, because they were largely confusing. They were what I’m guessing was Morrison’s requisite “you have to read it five times to understand it” sections. They would not have translated well to film at all, so I’m glad they didn’t try.

The voice acting cast of the film is star-studded: we’ve got Ed Asner playing Perry White, Anthony LaPaglia playing Lex Luthor and Mad Men‘s Christina Hendricks headlining as Lois Lane. However, the most crucial voice – Superman, voiced by James Denton – comes off uninspired and lifeless. I can tell by the way he reads the lines he doesn’t truly care about the Superman character; sometimes Clark just seems plain bored to be in the situations he’s placed in. That shouldn’t happen.

My only other complaint lies with Lois Lane; however, it’s not with Christina Hendricks. What irks me is the way she’s written. One moment she’s paranoid and murderous, another she’s pompous and condescending and then she shifts back into lovey-dovey mode in time to utterly rebuff Superman’s attempt to come out as Clark Kent. It was frustrating to the point that I just wanted Lois to appear as little as possible, and that shouldn’t happen to a main character.

Ultimately, All-Star Superman is a great film for anyone who loves superheroes. You don’t need to know anything about Superman besides a loose definition of his powers and an idea of his immediate supporting cast; even if you don’t, the movie holds your hand and explains just enough for you to get by. All-Star Superman is genuinely good, but not amazing; I’m not able to rave about any one specific part of it. The animation is not on par with earlier DCAU work, nor is the voice talent able to compare with Superman: The Animated Series. This does not mean they’re bad, but fans expecting improvements or companions to those products are going to be disappointed.

I wonder if we’ll ever get to the day where those series’ are surpassed; I mean, Kevin Conroy isn’t going to live forever, nor is Mark Hamill’s larynx eternal. One day we’re going to have to accept new standards for the characters.

Though All Star Superman is a good attempt, it isn’t that new standard – I welcome Timm to keep trying.
—
Matt Demers writes about comics for Dork Shelf. You can follow him on Twitter and take a look at his work on his personal site.