Art-O-Bot is a series of profiles of local, established, and up and coming comic artists. In this second instalment, we profile established artists that have worked for Pixar and Marvel, as well as a new talent working on NYX.

Ramón Pérez is truly a jack-of-all-trades. As part of local studio and comic arts collective Transmission X he has delved into many different media.  In addition to his popular web-comic Kukuburi, Pérez has also worked on The Incredibles for Disney/Pixar, Star Wars: Clone Wars for Dark Horse Comics and JSA: Classified for DC Comics. He’s currently developing a noir graphic novel set in late 1940’s Toronto.

Pérez is not just limited to working in comic books though, he has created art for several role-playing games and collectible card games. Check out Ramón’s Official Site.

The husband and wife team of Stuart and Kathryn Immonen are a well known Toronto artist/writing duo.  Kathy Immonen is a talented writer who has been busy writing many projects for Marvel Comics. Stuart Immonen is an immensely talented artists and will soon to take over the art duties for Marvel’s the New Avengers. You can check out the Immonen’s work, as well as their web comic at their official site: Immonen Illustrations

Up and Coming  Artist 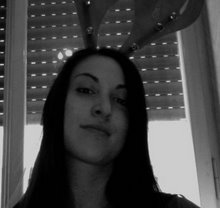 Sara Pichelli is an incredible talent, her art is truly beautiful.  Sara has worked on NYX for Marvel Comics, and has a few more projects coming down the pipe.  Keep an eye out for Sara in the future and check out some of her amazing art at her official website Sara Pichelli.