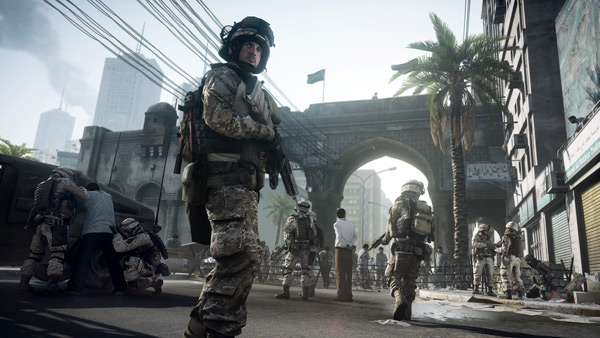 The release comes in response to EA’s campaign to “recruit” over 1 million Likes for its Battlefield Facebook page. The trailer was made available after over 800,000 users became fans of the page.

Battlefield 3 is easily one of the best looking games ever made. Whether those looks hold up across the various platforms the game is being released for is another question entirely. Presently the PC version of Battlefield 3 is the most impressive, featuring the aforementioned visuals, gargantuan maps and 64 player battles. The Playstation 3 and Xbox 360 versions on the other hand feature reined graphics, smaller map sizes and only support 24 player battles. The aging consoles simply cannot handle the sheer scale of Battlefield 3.

It’s a true return to form for the franchise. If Battlefield 3 is anything like it’s PC predacessors, then I’m in a lot of trouble.

Next Article »
Game of Thrones Renewed for Second Season