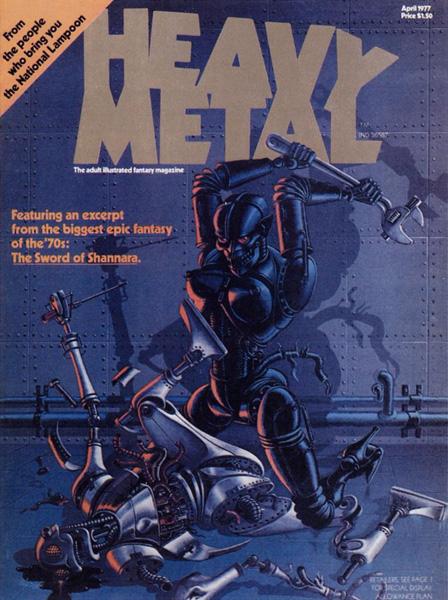 Film School Rejects is reporting that directors James Cameron, Gore Verbinski and Zack Snyder have all signed on to produce segments for a new animated Heavy Metal film being helmed by David Fincher. According to the article, three other big name directors are also in negotiations to create segments for the film, but have not been officially signed.  The film which is based on the fantasy magazine Heavy Metal, will be a true sequel to the 1981 animated cult classic of the same name.  Given the talent involved, this new Heavy Metal film has the potential to be absolutely epic.

I saw the original Heavy Metal movie when I was 10 or 11 years old and it at once terrified and amazed me. “They can do that in cartoons?!” I exclaimed to myself.  No one should ever see that much graphic sex and violence in a cartoon at that age, but I will say I was probably better off for it.  I can’t wait to see what these guys do with the film—anything to wash the taste of Heavy Metal 2000 out of my mouth.  Check out the trailer for the original Heavy Metal after the jump.