Contest: Attend a Screening of 15 REASONS TO LIVE! - That Shelf Skip to main content 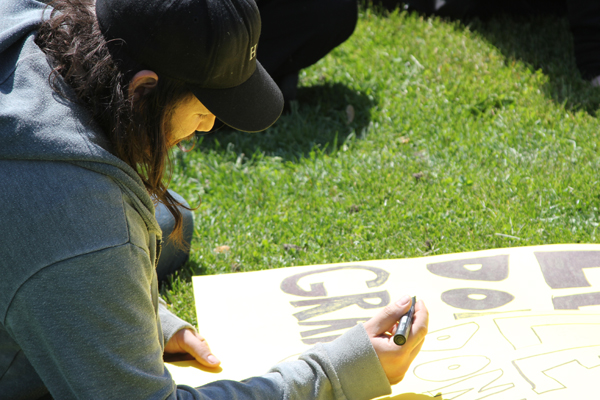 We all need a little something in our lives to keep on going, and we here at Dork Shelf know that free stuff generally helps. With that in mind, we have four pairs of passes to give away to catch filmmaker Alan Zweig’s 15 Reasons to Live at the Bloor Hot Docs Cinema in Toronto on Saturday, October 5th at 6:45pm.

Recently crowned the Best Canadian Feature Film at the Toronto International Film Festival (for his doc When Jews Were Funny), Zweig hits theatres Oct. 4 with the world premiere of another triumph, the critically-acclaimed, existential exercise 15 Reasons To Live.

We humans love our lists. To-do lists, resolution lists, “bucket lists” – unequivocal directives all. As the old saying goes, Moses didn’t come down from the mountain with The Ten Suggestions.

So when Zweig discovered Ray Robertson’s non-fiction book Why Not? Fifteen Reasons To Live, (and came to know Ray Robertson), he was intrigued by the concept of organizing the panoply of life itself into a list.

Thus was born 15 Reasons To Live, the most ambitious work to date by Zweig (Lovable; I, Curmudgeon; Vinyl), with his first use of a crew, a wide location schedule (stretching a thousand miles from North Carolina to Montreal), and a first-time use of animation mixed with live documentary.

Inspired by Robertson’s list, Zweig re-created or sought out real-life stories of human experience that fit Robertson’s 15 Reasons categories. Two of the stories, both animated, were intensely personal – including Death, taken from Zweig’s friendship with the late actress Tracey Wright, and the lighter-hearted Individuality, about a gentle anonymous act of vandalism (or art?) perpetrated upon his car.

Some of the people/stories have been in the news – including Adam Nobody (Humour), the activist whose good-humour was badly received by police with batons at the G-20 protests, or Jean Béliveau (Love), who spent 11 years literally walking around the world while his wife waited, or the crime novelist Howard Engel (Art), who suffered a brain pathology that left him unable to read or write. Others are as simple as the story of Tabetha Rosenberg (Solitude), a mother of five who savours stolen moments, people-watching in a mall.

15 Reasons to Live opens at the Bloor on Friday, October 4th, but here’s how you can catch a screening of it on us! Simply email contest@dorkshelf.com with 15 REASONS TO LIVE in the subject line. Please only one entry per household. Multiple entries will be deleted. For additional chances to win, simply like the contest announcement on our Facebook page and/or re-Tweet the announcement from our Twitter! Deadline for entries is 11:59pm on Thursday, October 3rd.

Good luck and remember to stay tuned to Dork Shelf for all the latest news, reviews, interviews, features, and more great contests!