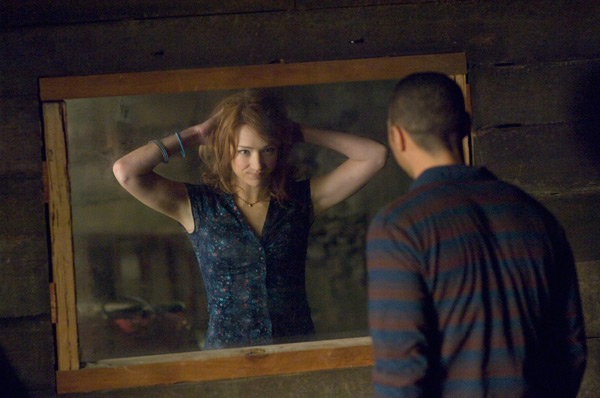 Since you’ve been showing us so much love for our other contests, we decided to give you yet another one to enter! Dork Shelf and Alliance Films wants to send 10 lovely winners in the city of Toronto to the first advanced screening of the long awaited CABIN IN THE WOODS, directed by Drew Goddard and co-written by none other than Joss Whedon!

Fresh off its debut at the SXSW film festival, Goddard’s directorial debut is about a cabin… in the woods… with a bunch of college students seemingly about to be slaughtered by unknown forces. And that’s all we really want to tell you about this fun, smart, and funny flick.

As an added bonus Drew Goddard will be in attendance at the screening! It all goes down THIS THURSDAY (March 15th) at 7pm. For your chance to win, visit the official Dork Shelf Facebook page (http://facebook.com/dorkshelf) and “Like” the “CONTEST: Win Passes to Cabin in the Woods!” post for a chance to win. Contest entries must be received before 11:59pm on Wednesday, March 14th. Winners will be notified by Facebook message and will be chosen at random.

Good luck and don’t forget to check out all the other great contests we have going on!