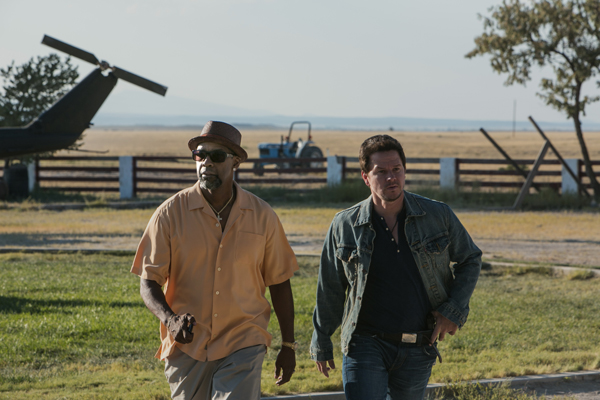 It’s time to turn the heat up with another great summer contest! Enter for a chance to win one of ten pairs of passes to an advance screening of the action thriller 2 GUNS in TORONTO, OTTAWA, HALIFAX, WINNIPEG, CALGARY, EDMONTON, and VANCOUVER on Wednesday, July 31st, courtesy of Dork Shelf and eOne Films.

Academy Award® winner Denzel Washington and Mark Wahlberg lead an all-star cast in 2 Guns, an explosive action film that tracks two operatives from competing bureaus who are forced on the run together.  But there is a big problem with their unique alliance: Neither knows that the other is an undercover federal agent. Also starring Paula Patton, Bill Paxton, Fred Ward, James Marsen, and Edward James Olmos. Directed by Baltazar Kormkur (Contraband).

2 Guns hits theatres everywhere on Friday, August 2nd, but here’s how you can see it first! Simply email [email protected] with 2 GUNS and YOUR CITY in the subject line. Please only one entry per household. Multiple entries will be deleted. For additional chances to win, simply like the contest announcement on our Facebook page and/or re-Tweet it from our Twitter! Deadline for entries is 11:59pm on Sunday, July 28th.

Good luck and remember to stay tuned to Dork Shelf for all the latest movie news, reviews, interviews, features, and contests!