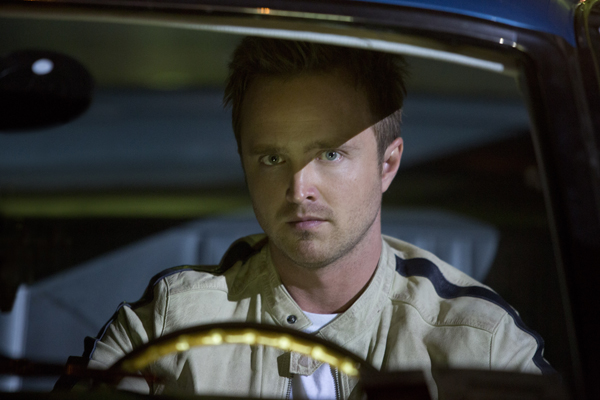 Let’s put the pedal to the floor this morning, TORONTO, and give away some passes to an early advance screening of the soon to be released and hotly anticipated NEED FOR SPEED, courtesy of Dork Shelf and DreamWorks Pictures! Enter for a chance to win a pair of passes to an advance screening of NEED FOR SPEED in TORONTO on Monday, February 3rd at 7:00pm!

DreamWorks Pictures’ Need for Speed marks an exciting return to the great car culture films of the 1960s and ’70s, when the authenticity of the world brought a new level of intensity to the action on-screen. Tapping into what makes the American myth of the open road so appealing, the story chronicles a near-impossible cross-country journey for our heroes — one that begins as a mission for revenge, but proves to be one of redemption. Based on the most successful racing video game franchise ever with over 140 million copies sold, Need for Speed captures the freedom and excitement of the game in a real-world setting, while bringing to life the passion for the road that has made our love of cars so timeless. 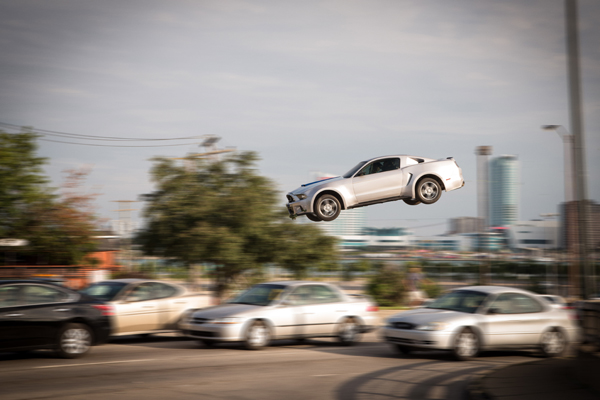 The film centers around Tobey Marshall (Aaron Paul), a blue-collar mechanic who races muscle cars on the side in an unsanctioned street-racing circuit. Struggling to keep his family-owned garage afloat, he reluctantly partners with the wealthy and arrogant ex-NASCAR driver Dino Brewster (Dominic Cooper). But just as a major sale to car broker Julia Bonet (Imogen Poots) looks like it will save Tobey’s shop, a disastrous race allows Dino to frame Tobey for a crime he didn’t commit, and sending Tobey to prison while Dino expands his business out west.

Two years later, Tobey is released and set on revenge — but he knows his only chance to take down his rival Dino is to defeat him in the high-stakes race known as De Leon — the Super Bowl of underground racing. However to get there in time, Tobey will have to run a high-octane, action-packed gauntlet that includes dodging pursuing cops coast-to-coast as well as contending with a dangerous bounty Dino has put out on his car. With the help of his loyal crew and the surprisingly resourceful Julia, Tobey defies odds at every turn and proves that even in the flashy world of exotic supercars, the underdog can still finish first.

In an exciting return to the great car culture films of the 1960s and ’70s that tap into what makes the American myth of the open road so enticing, Need for Speed chronicles a near-impossible cross-country race against time — one that begins as a mission for revenge, but proves to be one of redemption.

Need for Speed races into theatres everywhere on Friday, March 14th, but here’s how you can catch it before anyone else! Simply email [email protected] with NEED FOR SPEED in the subject line. Please only one entry per household. Multiple entries will be deleted. For additional chances to win, simply like the contest announcement on our Facebook page and/or re-Tweet the announcement from our Twitter! Deadline for entries is 11:59pm on Friday, January 31st.

Good luck and keep an eye out for more great movie news, reviews, interviews, features, and contests all winter long from Dork Shelf!