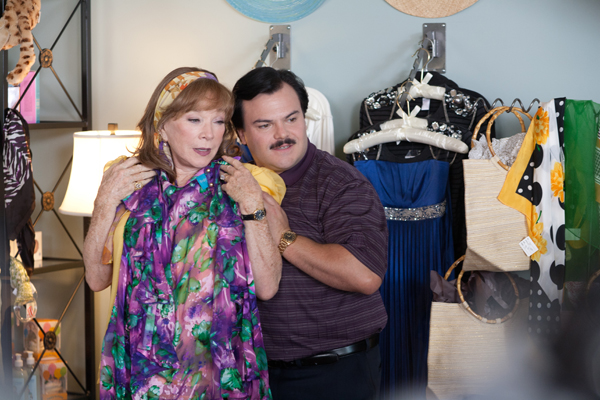 Hey-ho y’all. Let’s send send this week off with a bang and another contest from your friends at Dork Shelf and Alliance Films. We don’t want to send you on a weekend with some guy named Bernie, but we want to send ten lucky winners and a guest of their choosing to an advance screening of Richard Linklater’s new dark comedy BERNIE at an advanced screening in Toronto on Tuesday, May 15th at 7:00pm.

From the director of Slacker, Dazed and Confused, and School of Rock, Bernie (which is based in part on a true story) tells the tale of the titular well respected funeral director from Carthage, Texas (played by Jack Black) who befriends a wealthy older widower with a sour demeanor (Shirley MacLaine), that very quietly disappears from her noted profile in the town, leading many to suspect that the normally unassuming Bernie has killed her. Featuring a supporting performance from Matthew McConaughey as the local district attorney bent on bringing Bernie to justice, the film looks like another interesting feather in director Linklater’s already full cap.

Bernie opens in Toronto on Friday, May 18th, but for your chance at winning a pair of passes to the advance screening, simply email [email protected] with BERNIE in the subject line. Only one entry per person, please. For additional chances to win, like the contest announcement on our Facebook page and/or re-Tweet the announcement from our Twitter! Deadline for entries is 11:59pm on Sunday, May 13th.

Good luck, and as always, stay tuned to Dork Shelf for more great contests and giveaways!