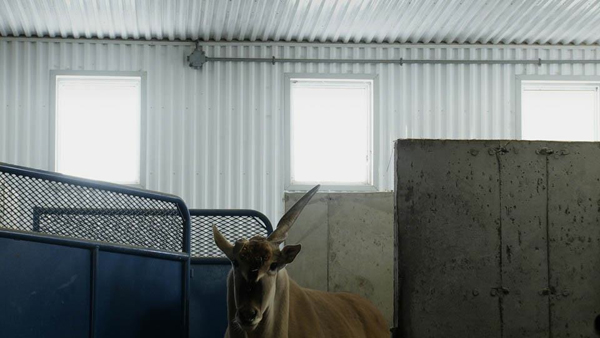 Hi-ho everyone! In honour of a simple film from one of Canada’s best filmmakers, let’s keep this contest simple. We have your chance to catch Denis Cote’s new documentary BESTIAIRE when it debuts at The Royal in Toronto starting on Friday, December 7th.

Along the rhythm of the changing seasons they watch one another. Bestiaire unfolds like a filmed picture book about mutual observation, about peculiar perception. A contemplation of a stable imbalance, and of lose, tranquil and indefinable elements.

For your chance to win one of three pairs of passes to catch it on opening weekend, simply email [email protected] with BESTIAIRE in the subject line. Please only one entry per household. For additional chances to win, simply like the contest announcement on our Facebook page and/or re-Tweet the announcement from our Twitter! Deadline for entries is 11:59pm on Thursday, December 6th.

Good luck and stay tuned for more great contests in the weeks to come!