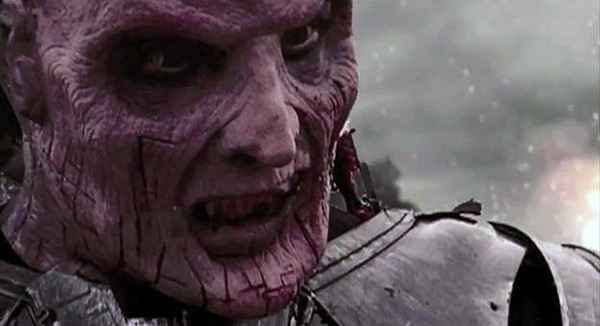 Hello there puny humans. Hope you people in Toronto were able to stay dry and safe after this passing storm because the real storm is about to arrive, and we want to send you guys right to the heart of it as the guys from Astron-6 bring their sci-fi epic MANBORG to town for a one week run at The Royal Cinema starting Friday, November 2nd, and we want to send five lucky winners and their guests to see the film on opening night at 7pm.

Half-man, half-cyborg: Manborg. Killed while battling the forces of hell, a super-soldier is brought back from the dead in order to fight an army of Nazi vampires and demons led by the nefarious Count Draculon. There’s an Australian punker, a knife-wielding anime chick, a kung fu master (voiced with deliriously pitch-perfect stoicism by Kyle Herbert, the narrator from Dragon Ball Z), and of course the titular Manborg, a literal cinematic Frankenstein of pulp sci-fi pop culture references.

Also showing with Manborg is the short film BIOCOP, about one, um, giant… biomass of a cop. You grindhouse and 80s VHS fans owe it to yourselves to check out Manborg and here’s how you can win your way in.

Simply email [email protected] with MANBORG in the subject line. Please only one entry per household. For additional chances to win, like the contest announcement on our Facebook page and/or re-Tweet the announcement from our Twitter. Deadline for entries is 2pm on Thursday, November 1st.

Manborg opens in select cities across Canada so check your local listings for theatres and showtimes, but always remember to stay tuned to Dork Shelf for all the latest news, reviews, contests, and Manborgs.