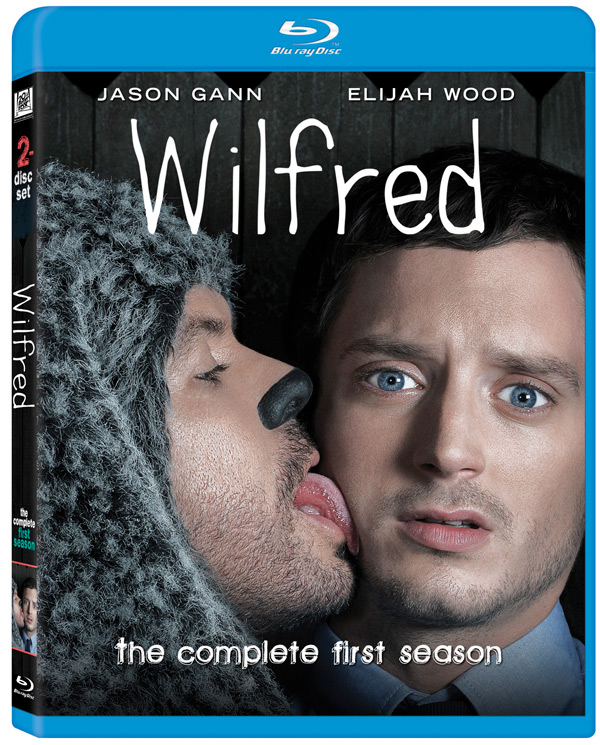 Greetings dorks! We have another great contest for you folks, and just in time for the weekend, too!

We have not one, but two Wilfred: The Complete First Season Blu-ray sets to give away. Based on the acclaimed Australian comedy series of the same name, the FX series stars Elijah Wood stars as Ryan, a down-on-his-luck lawyer who forms a unique friendship with his neighbor’s pet dog Wilfred. While everyone else sees a dog, Ryan sees a bong-ripping, beer-chugging, foul-mouthed Australian bloke in a furry suit (played by Jason Gann). By unleashing the surly, sweet and always adventurous Wilfred, Ryan may just learn to stand on his own hind legs and embrace the insanity of real life.

It’s a hilarious show that is definitely worth checking out if you haven’t already. And what better way to do that than with your very own free copy of the first season?! To enter, simply email [email protected] with WILFRED as the subject line. Please only one entry per household (Only open to residents of Canada). For extra chances to win, simply like the contest announcement from our Facebook page and/or re-tweet the announcement from our Twitter. Deadline for entries is 11:59pm on Sunday, June 24th.

Season two of Wilfred started last night on FX and FX Canada, and Wilfred: The Complete First Season is available now on DVD and Blu-ray.