Contest: Win Beasts of the Southern Wild on DVD! - That Shelf Skip to main content 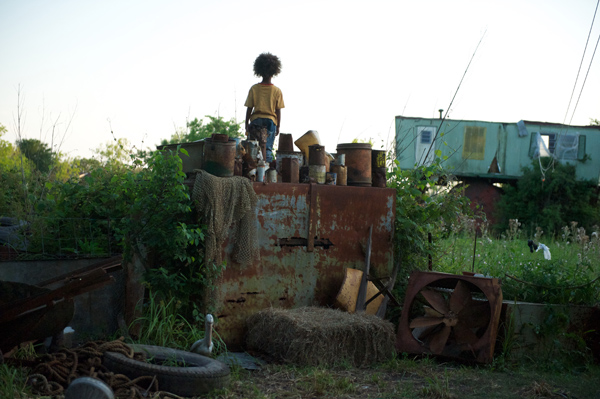 Hello and Happy Holidays from all your friends at Dork Shelf! Just because things are winding down here at the Dork Shelf offices doesn’t mean we’re not going to be giving away some great prizes before the week is out!

Our good friends at eOne Films have sent us over five copies of Benh Zeitlin’s groundbreaking film Beasts of the Southern Wild on DVD to give away. We also have one extremely nice grand prize of a Blu-ray/DVD combo pack of the film that will come with a mini poster signed by director Benh Zeitlin!

In a forgotten but defiant bayou community cut off from the rest of the world by a sprawling levee, six year-old Hushpuppy exists on the brink of orphanhood. Her mother long gone, and her beloved father Wink a wild-man on a perpetual spree, Hushpuppy is left to her own devices on an isolated compound filled with semi-wild animals.

Desperate to repair the structure of her world in order to save her ailing father and sinking home, this tiny hero must learn to survive an unstoppable catastrophe of epic proportions.

Beasts of the Southern Wild is available on DVD and Blu-ray today, but here’s how you can win a copy of one of the most critically beloved movies of the season that just won the Toronto Film Critics Association’s award for Best First Feature.

Simply email contest@dorkshelf.com with BEASTS in the subject line. Please only one entry per household. Contest is open to all Canadian residents, excluding Quebec. For additional chances to win, simply like the contest announcement on our Facebook page and/or re-Tweet the announcement from our Twitter! Deadline for entries is 11:59pm on Wednesday, December 26th.

Good luck, and stay tuned to Dork Shelf because we aren’t done with 2012 yet by far! We still have plenty of news, reviews, and more great contests to come!