If you’ve followed our coverage of Game of Thrones over the years, then you know that we’re huge fans of the acclaimed HBO fantasy series here at the Shelf.

To celebrate the arrival of Game of Thrones Season 1 on 4K Ultra HD, we’re offering our readers the chance to win a copy! 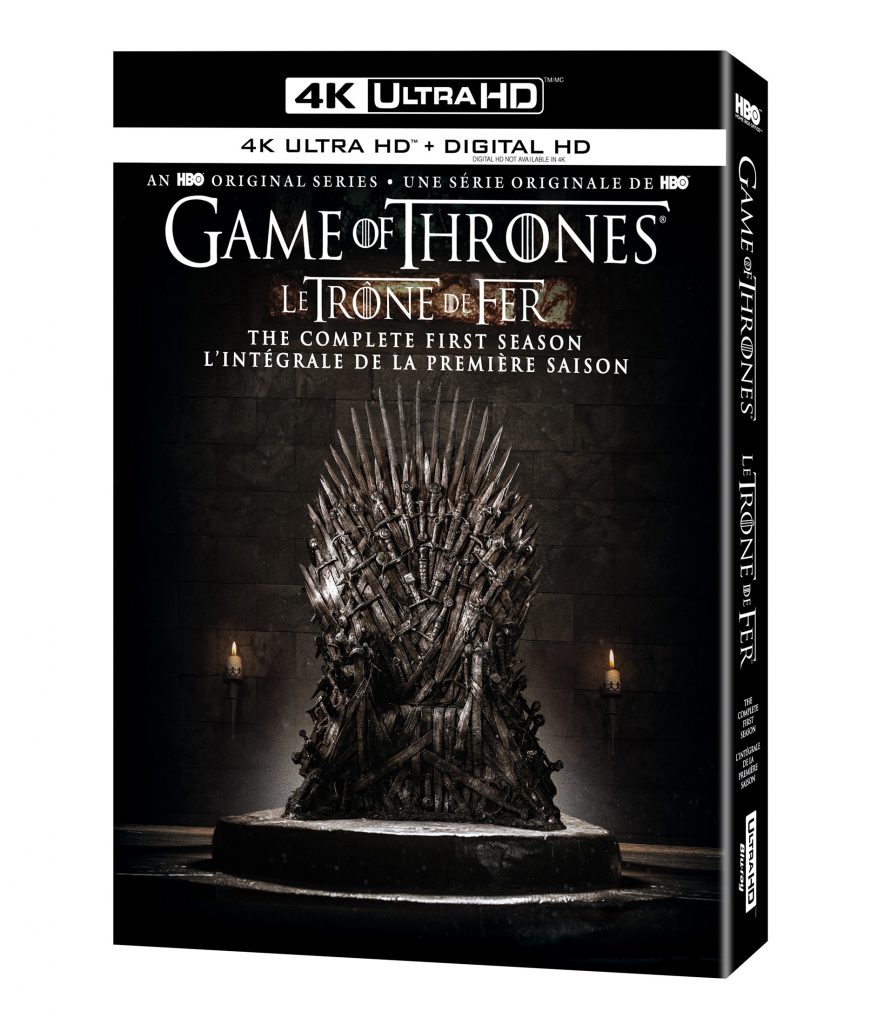 Game of Thrones Season 1 on 4K Ultra HD is now available – just in time for Father’s Day – so fill out the form below for your chance to win a copy today!

For an additional chances to win, head on over to Twitter and tweet:
“I want @DorkShelf to send me #GameofThrones4K https://goo.gl/Y9qBdE #contest”

For more chances to win follow DorkShelf.com on social media:

Deadline for entries is Friday June 15 at midnight EDT.

Winners will be chosen at random and notified via e-mail.
Multiple entries will be disqualified.
Contest is open to Canadian residents only.