If you’ve followed our coverage of Game of Thrones over the years, then you’ll know that we’re huge fans of the acclaimed HBO fantasy series here at the Shelf.

To celebrate the release of Game of Thrones Season 1 and Season 2 Steelbook sets on November 3, we’re offering our readers the chance to win a prize pack which includes two Steelbook sets courtesy of HBO Home Entertainment Canada 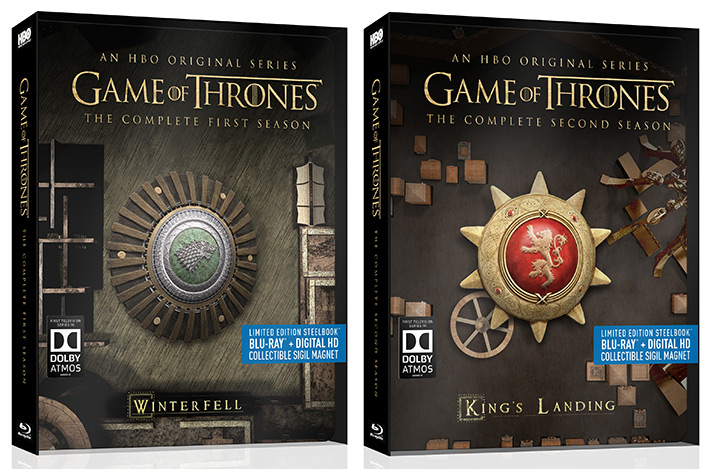 Just in time for holiday season. The collectors’ series make the perfect gift for Game of Thrones’ fans and audiophiles alike. The Steelbook sets feature brand new box-art designed by Elastic, the agency responsible for the series’ Emmy-winning opening credits. Each Steelbook showcases a specific location that is significant to that season and includes usable magnets on packaging featuring Game of Thrones sigils and symbols.

In addition to all of the bonus content from the previous Blu-ray sets, the Game of Thrones Steelbook is the first TV on Blu-ray title to be released with the revolutionary new audio technology Dolby Atmos. The Blu-ray features a newly remixed Dolby Atmos soundtrack, which places and moves sounds and music anywhere in the room, including overhead, creating a captivating experience that brings entertainment alive all around the audience. With the new Steelbook set, fans can hear Daenerys’s dragons swoop past them and feel the soaring score rise and fall around them. To experience Dolby Atmos at home, Dolby Atmos-enabled AV receivers and additional speakers are required; however, Dolby Atmos soundtracks are fully backward-compatible with traditional audio configurations and legacy home entertainment equipment and will automatically play in the best possible way. 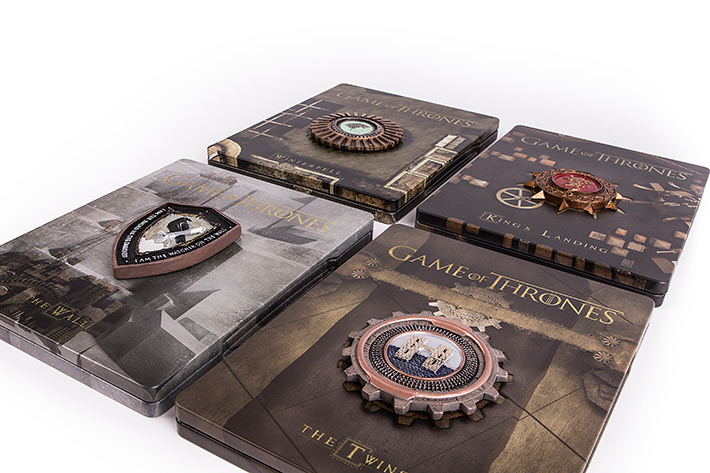 The Game of Thrones Steelbook sets will be available across Canada on Tuesday, November 3, but you can fill out the form below for your chance to win today!

For additional chances to win, head on over to Twitter and tweet:
“I want @DorkShelf to send me the #GameofThrones Steelbooks http://goo.gl/bACHG0 #contest”

Deadline for entries is November 6th at midnight EDT.

Winners will be chosen at random and notified via e-mail.
Multiple entries will be disqualified.
Contest is open to Canadian residents only.