Bong Joon-ho’s Parasite is one of the most talked about movies of the year. A critical and financial hit, the South Korean drama recently took home the Golden Globe for Best Foreign Language Film, the Screen Actor’s Guild Award for Outstanding Performance by a Cast in a Motion Picture, and is up for six Oscars at this Sunday’s Academy Awards, including Best Picture, Best Director and Best International Feature Film. It’s one of our favourite movies in recent memory (read our full review) and with its recent arrival on Blu-ray and DVD you can now add it to your shelf at home.

To celebrate the release of Parasite on Blu-ray and DVD, we’re offering our readers the chance to win a copy! Details below! 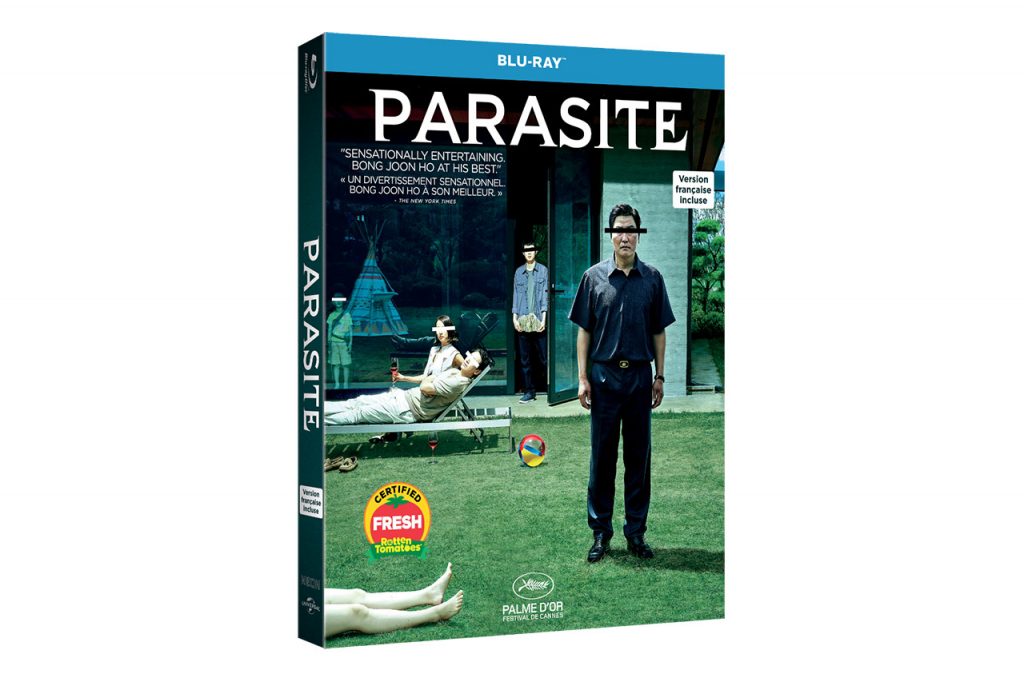 In PARASITE, meet the Park family, the picture of aspirational wealth and the Kim family, rich in street smarts but not much else. Be it chance or fate, these two houses are brought together and the Kim’s sense a golden opportunity. Masterminded by college-aged Ki-woo, the Kim children expediently install themselves as tutor and art therapist to the Parks. Soon, a symbiotic relationship forms between the two families. The Kims provide “indispensable” luxury services while the Parks obliviously bankroll their entire household. When a parasitic interloper threatens the Kims’ newfound comfort, a savage, underhanded battle for dominance breaks out, threatening to destroy the fragile ecosystem between the Kims and the Parks. By turns darkly hilarious and heart-wrenching, PARASITE, “a thriller of extraordinary cunning and emotional force” (LA Times), showcases a modern master at the top of his game.

To enter the contest just follow these super simple instructions:

One entry per person. Contestants must be residents of Canada. Winners will be notified via Instagram direct message. The contest closes on Sunday, February 9th at Midnight EST.