Next Thursday, the Hot Docs Canadian International Documentary festival kicks off its 20th year at various venues throughout the city of Toronto, and Dork Shelf has your tickets to some of this year’s hottest titles. Enter for a chance to win a pair of passes to one of these four films and check out the details on the Hot Docs website. 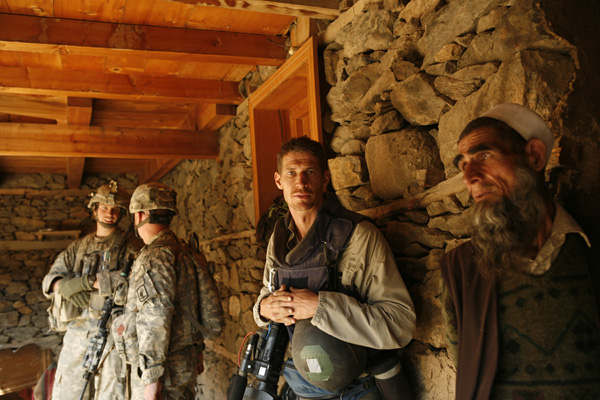 Which Way is the Front Line From Here? The Life and Time of Tim Hetherington

Who is Dayani Cristal?

For your chance to win your way into one of these premieres, simply email [email protected] with the name of the film you want to see in the subject line. Please only one entry per title. Be sure to include your full name in the body of the email. For additional chances to win, simply like the contest announcement from our Facebook page and/or re-Tweet the announcement from our Twitter! Deadline for entries is 5:00pm on Tuesday, April 23rd.

Cloudy Mountains • contest • film • Hot Docs 2013 • Let the Fire Burn • Which Way is the Front Line From Here? The Life and Time of Tim Hetherington • Who is Dayani Cristal?
« Previous Article
Interview: Code Monkey Save World
Next Article »