Those are some of our many runners up, and I wouldn’t argue with anyone who selected one of those games as their favorite. But I believe that a Game of the Year Award should be about more than raw quality, though that’s obviously an important consideration. Rather, a year-end award should ideally be a time capsule, a cross-section of the previous year in gaming that in some way indicates both what the medium has accomplished in the past and where it’s headed in the future.

In other words, Game of the Year Awards should identify the games that mattered. Those games don’t necessarily have to be the most technically proficient – though that can frequently be the case – but they should influence the conversation surrounding games. According to those criteria, one game stood out from the competition.

That’s why I’m pleased to announce that Dontnod Entertainment’s Life is Strange is Dork Shelf’s 2015 Game of the Year. 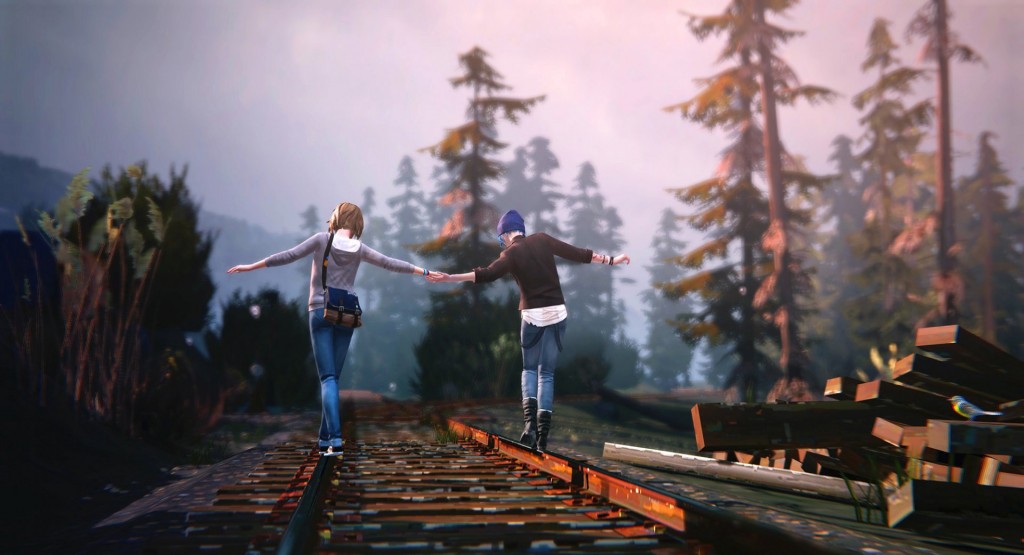 Life is Strange benefited from an episodic release schedule that kept it in public conversation for nearly all of 2015, but the game stands on its own merits regardless of that quirk. A coming of age story that uses a time travel mechanic and a heavy dosage of Twin Peaks surrealism to condense all of the important lessons of early adulthood into the time span of a single week, Life is Strange follows the exploits of Max Caulfield as she tries to prevent an ecological disaster and solve a murder mystery while repairing her friendship with Chloe Price.

The game resonated thanks to its unique perspective and its effective blend of empathy and exploration. There aren’t too many games featuring teenage girls in (semi) realistic settings, and there are even fewer concerned with the more mundane aspects of their lives. Life is Strange is not afraid of stillness, delivering moments of quiet reflection that are just as affecting as the game’s more shocking narrative set pieces.

Along the way, Life is Strange also engages with complex issues like disability, bullying, and teen suicide with an astonishing amount of nuance. Though the approximation of teenage dialogue was often cringe-worthy, it was never tone deaf, and the relationships between the characters – as well as their relative positions within the social hierarchy – always felt honest and sincere. Every character could project toughness and vulnerability in roughly equal measure, and the pointed lack of perfection ultimately made the game more charming.

Despite its shortcomings, there was something both beautiful and profoundly human about the portrayal of relationships and how frustrating it is to learn that best intentions do not always lead to ideal results. While so many game FAQs (and game developers) are concerned with ‘best endings,’ Life is Strange fearlessly stripped away the fantasy. Even when we can control time, it’s impossible to make everyone happy, and learning to accept those limitations is an essential component of adulthood.

Future games could surpass Life is Strange, and it wouldn’t surprise me if another developer improves on Dontnod’s template. But Life is Strange is undeniably a game that mattered. Ambitious and entertaining, Life is Strange fearlessly grapples with subject matter that other developers typically avoid at any cost. In doing so, it captured the public imagination and fundamentally altered our perception of what a hit game is supposed to look like.

That’s why Life is Strange is Dork Shelf’s Game of the Year for 2015. I’ve never played anything else quite like it, and I love it for its minor failures just as much as I love it for its far more groundbreaking successes.