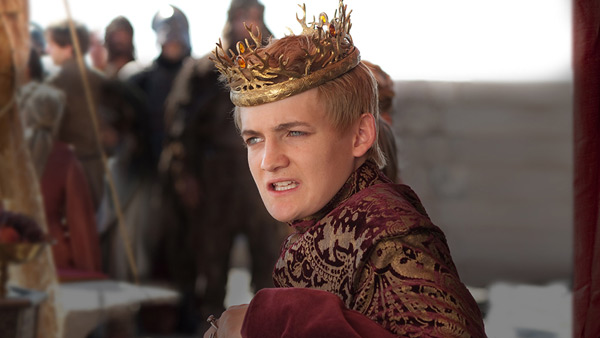 HBO’s Game of Thrones is back, and it’s at its sprawling, brutal best in the premiere episode of the second season. In “The North Remembers,” the narrative jumps regularly across continents to re-introduce the audience to the characters, and the rapidly changing world they inhabit. Consider the scale of the task at hand: six distinct locations, a complex plot, and well over 25 named characters who deliver more than one line of dialogue. To accomplish this, one can understand the episode as consisting of two distinct sections – a “pole-to-pole” section that catalogues the various characters and the portentous omens of a “changing world” that surround them, and a more plot-driven section concerning the war at hand and the revelation of Jaime and Cersei’s incest to the world. That the episode reconciles these two distinct sections, and accomplishes both tasks in a satisfying dramatic package is a pretty remarkable feat of storytelling.

Let’s start with the pole-to-pole section (since the episode itself does). The second season opens with a bloody staged fight, as Joffrey’s bodyguard, Sandor “The Hound” Clegane, kills another knight by hitting him off of the Red Keep’s battlements in celebration of Joffrey’s name-day. Last season, King Robert’s festival to celebrate the ascension of Ned Stark to the role of “King’s Hand” was similarly bloody, but there’s still a detectable uptick in the brutality of King’s Landing under Joffrey’s reign. Joffrey rules the Red Keep like the sociopathic head of a pernicious frat house that never stops hazing its recruits. He’s even got a medieval beer bong!

Sansa and the Hound team up to foil Joffrey from drowning a drunken knight in wine with the episodes first “omen”: it’s bad luck to murder anyone on your birthday. This strikes me as a pretty feeble excuse not to kill a man, Joffrey after all is having a string of Knights murdered for his enjoyment – but killing a drunken oaf is bad karma?

Anyway, Sansa’s intervention on Ser Dontos’ behalf, and her answer to Tyrion’s gracious display of compassion, “my father was a traitor, I’m loyal to my beloved Joffrey,” is a telling glimpse into her courtly handling of being betrothed to the psychopath who murdered her father. Where last season Sansa was a mostly annoying damsel in distress figure, it’s clear that her current situation has forced her to become a more calculating, willful creature.

Tyrion’s return to Kings Landing is good fun, and he continues to be the only character willing to stand up to Joffrey. Tyrion’s cheeky whistling entry into the Small Council meeting – where they are discussing yet another omen, the end of the “longest summer in recent memory” – is gold, as is Tyrion’s reprimanding Cersei for her many failures as Queen Regent. Dinklage continues to absolutely nail the role, and the rueful, triumphant expression he gives Tyrion when “the Imp” hands off Tywin’s letter to Vary’s without breaking eye contact with his sister was a really good moment.

From the Red Keep, we venture North to Winterfell (seen at first from a distance, being guarded by a Stark bannerman), where Bran is holding council and hearing about the issues in the North from his subjects. Benioff and Weiss clearly set up a contrast between Joffrey’s education on how to be a ruler, and Bran’s in this episode. Where Joffrey is a tyrant, who has learned well how to deliver a sentence against a subject with the icily delivered line “make sure he drinks his fill,” Bran is being coached on the importance of “listening to those you’d rather not listen to.”

You have to admire the choice to show us Bran losing his temper at an impertinent subject. It’s a simple way of conveying several pretty complex dramatic themes. The first is that boys rarely make good rulers, and the second is that a prospective ruler rarely wears a crown with natural ease. The qualities that result in proper leadership need to be nurtured. It’s a theme echoed later in the episode by Lord Commander Mormont, who tells John Snow that “if you want to lead, you must first learn how to follow.”

We also got our first “Warg” scene, as Bran has a “green-dream” where he inhabits the body and perspective of his direwolf. When I saw George R. R. Martin at TIFF’s “In Conversation…” event several weeks back, he talked about how Bran is the most difficult character to write (he can’t propel himself forward physically in the world, for example, so his chapters have to be really well thought out in advance). I thought about that watching the Warg sequences – because I’d imagine it’s very hard on Benioff and Weiss to bring Bran to the screen as well.

Dramatizing the process by which a character slowly discovers a magical power like “I can inhabit the body of a specific creature,” is a tall order. To that effect, using the device of Bran’s direwolf seeing his own reflection in a pond, followed immediately by Bran going back out to retrace the steps the Wolf took in his dream, was a smart and relatively clear way to introduce the concept. This scene also brought us to another omen, “the comet” which, Osha (so far the shows most reliable expert on the magical realm, at least aside from Nan) says signifies dragons.

The comet is more than just an omen, it’s a useful dramatic device to allow us to leap to another continent (and then back again)! We catch up with a starving, dehydrated Daenerys sporting a fine looking dragon on her shoulder. She is currently leading her weakling khalasar across an unforgiving desert called the Red Waste, surrounded by enemies and with no salvation in sight. When her prized horse dies, she decides to send out three of her riders to discover what options they have and then she looks up at the comet which…

Transports us north of the Wall, where the Night’s Watch has arrived at Craster’s Keep, a creepy place ruled over by a man who marries his daughters, does something suspicious with his sons, and always extracts desirable goods in exchange for information. Craster reveals that Mance Rayder (the King Beyond of the Wall) has assembled a formidable army, and plans on marching it south. He takes an immediate dislike to Jon Snow, who bristles at being classified a “southerner,” and is much too pretty for Craster’s liking.

The scene at Craster’s and the scene with Daenerys in the Red Waste are basically one offs – they re-introduce two important characters, and update the audience on their situations, but neither character reappears in the episode. After the scene with Jon Snow the action transitions to Dragonstone, the pole-to-pole section of the episode ends, and the plot driven portion begins.

It’s odd that this is the dividing line in this episode, because, as readers of the book will know, Clash of Kings opens on Dragonstone, and the epilogue is told from the perspective of Maester Cressen, who attempts to poison the mysterious priestess and dies in the attempt. Opening season two at the familiar haunt of King’s Landing, as opposed to beginning at Dragonstone (a new setting, inhabited by new characters) strikes me as sensible interpretation for a cable television serial; but it’s no coincidence that the dramatic pace picks up at this point.

At Dragonstone we meet Robert’s brother Stannis Baratheon, who has rejected the common Andal faith of the Seven Kingdoms (we meet him as he burns statues of the most common gods in Westeros) and is taking council from a creepy Red Priestess named Melisandre. Stannis’ revelation to the world that King Joffrey is a child of incest provides the plot with its narrative energy. It’s an inconvenient fact that Stannis is sharing, as it makes the Lannister claim to the Iron Throne illegitimate.

The scene where Stannis is dictating the letter is probably my favorite in the episode. Stannis is a key player in the series, but he wasn’t introduced in season one so there’s a fair bit of “catching up” to do in terms of his characterization. His refusal to call King Robert his “beloved brother” (- “a harmless courtesy, my lord” -“a lie, take it out”) and his dithering on what to call Jaime (“Jaime Lannister the King Slayer, call him what he is”… “Ser Jaime Lannister the King Slayer, whatever else he may be, he’s still a knight”) perfectly conveys Stannis comically severe sense of the laws of the land.

Also at Dragonstone, we get our last big omen in the episode in the burning of “the Seven” and Melisandre’s prophetic words, “the dead will rise in the North.” In sum, the omens tell of upheaval – from Summer to Fall, from Robert to Joffrey, and from a world where Magic is dead, to one where long-held truths have become suspect. Melisandre’s drinking of Maester Cressen’s poison, and her ability to drink it without coming to any harm while the Maester himself collapses, is only the second explicitly magical occurrence (in the non white-walker category) in the series thus far, and it’s treated with due weight.

From Dragonstone we travel to the Stark camp in the North, where Robb has received Stannis’ raven about Joffrey’s true origins, and goes to confront Ser Jaime Lannister the Kingslayer (call him what he is!) about it, among other things. The show handled Robb’s subtle ability to control his direwolf (to summon him when offended, to beckon him towards Jaime with a pat on his back) in a coy, and very effective manner.

The interaction with Jaime aside, Robb’s plot-line serves mostly to put pieces in motion. He’s sending Theon Greyjoy to the Iron Islands to try and recruit his father’s old enemy Balon Greyjoy as an ally. He’s also sending his mother to treat with Renly and he’s sending a Lannister cousin to make a lofty peace offer to the Iron Throne. I found the conversation between Theon and Rob, along with the discussion between Rob and Catelyn to be a bit wooden. But it’s a minor quibble in a very strong episode, and I’m sure much of the audience won’t even notice – they’ll still be hyperventilating from the interaction between Robb and Jaime.

The show finally returns to King’s Landing, to end its tour of the entirety of the Seven Kingdoms (seemingly) where the episode began. Cersei spars verbally with Littlefinger in a memorable sequence; while she’s unarmed herself, gives Baelish a crystal clear display of where she believes power lies. That sort of courtly conversation, filled with double entendres (and eunuch jokes) is the best of Game of Thrones as I see it. Tyrion’s rather boring conversation with Shae aside, the scenes in King’s Landing are historically the strongest in the series, and that’s a trend that definitely continued tonight.

Finally, we get to the shocking conclusion of the premiere episode, as the Lannisters react to Stannis’ letter by mass-murdering all of Robert’s base-born bastard children. And what better way to dramatize such a sequence than with a deeply disturbing infanticide montage! Even if you know, as all readers of the series do, that the murder of Robert’s bastards is coming – it can’t prepare you for watching the Lord Commander Janos Slynt stab a baby on television (even if the stabbing itself takes place off camera). It’s a characteristically unsettling sequence, and a heavy handed reminder of the all-encompassing danger of Martin’s world, and the high stakes of “the Game” being played.

So, Game of Thrones is back! Having gone out of its way to re-familiarize the audience with all of the characters and settings (while introducing a few new ones) in the first episode, I expect future episodes should be able to “focus in” a bit more on individual storylines. That “The North Remembers” didn’t have that luxury, and still produced an extremely satisfying hour of television, is a very good omen for this second season.