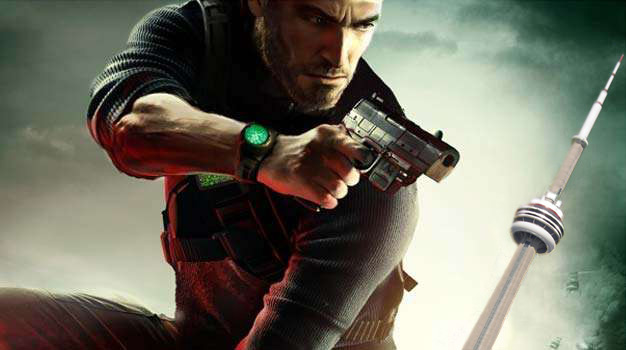 Toronto’s Gamercamp is getting a number of new guests for its fourth edition, encompassing local game developer talent, AAA-title studios and international representation from a New York City installation.

The guests already announced for the Toronto-based games festival this November will be joined by Ken Yeung, lead programmer of Super T.I.M.E. Force and Pat Redding, lead designer of upcoming Splinter Cell: Blacklist.

“Capy’s Super T.I.M.E. Force and Ubisoft Toronto’s Splinter Cell: Blacklist are two of the most anticipated games of 2013 not just in Toronto but globally,” festival director Jaime Woo said in a statement. “We’re excited that Gamercamp attendees will get to hear about them first-hand.”

Regular Dork Shelf readers are already familiar with Capy (short for Capybara), makers of Might and Magic: Clash of Heroes and Superbrothers: Sword and Sworcery EP. Its latest, Super T.I.M.E. Force, is a side-scrolling shooter reminiscent of Gunstar Heroes with a unique time-manipulation feature: when players die and restart a level, they play alongside a ghost version of themselves. Multiple deaths in a single level means tackling the enemies and obstacles with a small army of you-wraiths.

Tom Clancy’s Splinter Cell: Blacklist, meanwhile, is the latest in a long series of stealth and military action games from Ubisoft, and the main project for the company’s Toronto studio. Blacklist made its official debut at Microsoft’s E3 2012 press conference, showcasing some decidedly un-stealth-like gameplay, close-quarters combat and Kinect motion sensor integration.

Joining Yeung and Redding are speakers from No Quarter, a New York-based exhibition curated by Charles Pratt. Now in its third year, No Quarter aims to recreate the feel of video game arcades in its American heyday, creating a public game space that online multiplayer games just can’t replicate.

“Since the decline of the arcade in the West, there’s been less of a chance to get together and play video games or non-digital games — not just with each other and in one room, but around an audience,” Pratt recently told The Verge.

Some of the games featured in Pratt’s exhibition include Guts of Glory, a post-apocalyptic food-themed card game by Zach Gage (SpellTower, Bit Pilot) and At A Distance, an abstract experience by VVVVVV‘s Terry Cavanagh.

“We’re proud to bring one of New York’s most exciting video game events to Toronto with many of these games marking their Canadian premieres at Gamercamp,” said Woo. Gamercamp marks No Quarter’s first venture outside the United States.

The fourth annual festival for the video games community takes place November 3 and 4 at the Isabel Bader Theatre at the University of Toronto.