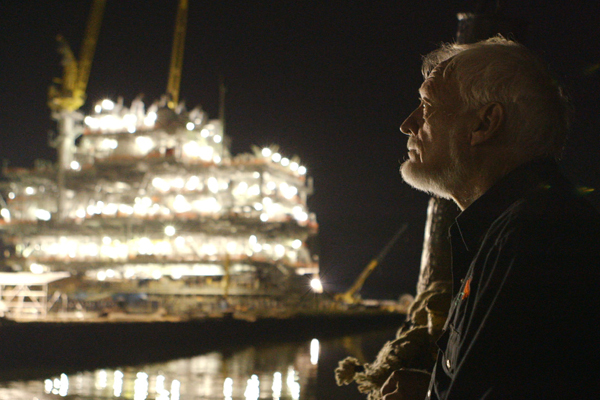 There’s the obvious destruction of wildlife and commerce (and human deaths) that came in the wake of the disastrous BP Deepwater Horizon oil rig explosion and spill in April of 2010, but Margaret Brown goes poetically and humanely beneath the surface of the slick to show what still survives as communities fail to move on and heal years later.

Brown speaks to community members who have lost lucrative fishing jobs, their livelihoods via a stoppage in offshore drilling, a band of memorably skeptical independent energy tycoons, community activists looking for change, and most poignantly those who survived the explosion when many of their colleagues didn’t.

Brown looks at the side of environmental tragedy that often goes overlooked via the psyche of some incredibly rich and sympathetic subjects who want to make their world a better place, but are often stymied by big oil’s inability and lack of desire to change. It’s certainly inflammatory, and rightly so, but it tells a grounded tale that has been untold for far too long. (Andrew Parker)