The Hot Docs Canadian International Documentary Festival kicks off next week, running from April 23rd to May 3rd around Toronto.

One of the largest documentary film festivals in the world and the biggest fest of its kind  in North America, Hot Docs is now entering its 22nd year of operation. Showcasing over 200 docs from all around the world, covering more subjects than we could ever hope to catalogue here,  the fest is the place to be for anyone who enjoys documentary filmmaking. And luckily for you, Dork Shelf has your ticket in for all this doc goodness!

We’re giving away a pair of passes to each of the following screenings:

Drunk Stoned Brilliant Dead: The Story of the National Lampoon 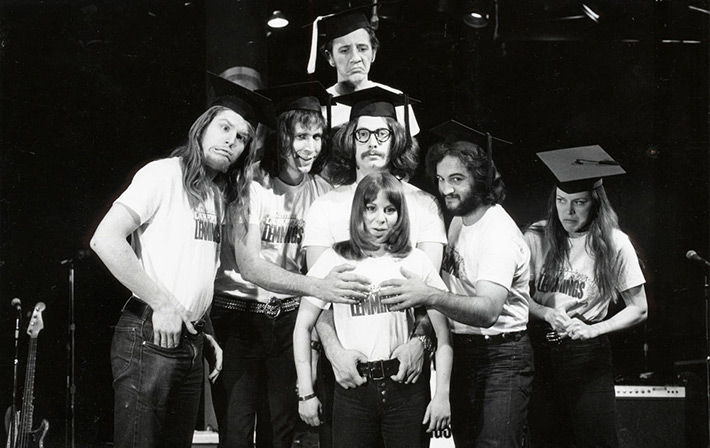 Thank You For Playing

Listen to Me Marlon

For your chance to win, simply email contest@dorkshelf.com with the name of the film you want to see in the subject line. One entry PER film please. Deadline for entries is April 21st at midnight. Winners will be notified via email. Tickets cannot be refunded or exchanged for other films or times.

Stay tuned to Dork Shelf for all of your Hot Docs 2015 coverage. For more information, a full list of films, and to purchase tickets, visit hotdocs.ca

0 0 vote
Article Rating
#HotDocs15 • 112 Weddings • A Different Kind of Boy • A Dress Rehearsal for an Execution • Absences • Actress • Advanced Style • Ai Weiwei: The Fake Case • Alfred and Jakobine • An Honest Liar • Art and Craft • Before the Last Curtain Falls • Beyond Clueless • Bintou • Bloor Hot Docs Cinema • Bronx Obama • Captivated: The Trials of Pamela Smart • Chlidren 404 • Chuck Norris vs Communism • Come Worry With Us! • contest • David & Me • Demonstration • Divide in Concord • Doc of the Dead • Domino Effect • Drunk Stoned Brilliant Dead: The Story of the National Lampoon • Everything Will Be • features • Fed Up • film • Focus on Infinity • From the Bottom of the Lake • Giuseppe Makes a Movie • Guidelines • Happliness • Happy Valley • Harmontown • Hot Docs • Hot Docs 2015 • Hot Docs Canadian International Documentary Festival 2014 • Hotline • I Am Big Bird: The Caroll Spinney Story • I've Seen the Unicorn • In Country • Joy of Man's Desiring • Just Eat It: A Food Waste Story • Kung Fu Elliot • Lady Valor: The Kristin Beck Story • Life After Death • Listen to Me Marlon • Love & Engineering • Love and Terror on the Howling Plains of Nowhere • Love Me • Mad as Hell • Mateo • Mugshot • Out of Mind Out of Sight • pulp • Red Lines • reviews • Rich Hill • Self(Less) Portrait • Sleepless in New York • Songs for Alexis • Super Duper Alice Cooper • Thank You For Playing • The Agreement • The Backward Class • The Basement Satellite • The Creator of the Jungle • The Darkside • The Dork Shelf Guide to Hot Docs 2014 • The Engineer • The Great Invisible • The Homestretch • The Internet's Own Boy: The Story of Aaron Swartz • The Joe Show • The Last Season • The Notorious Mr. Bout • The Overnighters • The Possibilities are Endless • The Secret Trial 5 • The Sheik • The Theory of Happiness • The Writer with no Hands • To Be Takei • Toronto • toronto contest • TransFatty Lives • Vessel • Whitey: The United States v. James J. Bulger
« Previous Article