The Hot Docs Podcast Festival, which is now in its fifth year, goes virtual later this month.

This year’s online edition runs from Wednesday, January 27th to Friday, the 29th and features three days packed full of podcast-related pleasures. The three-day event features a who’s who of the podcasting world and showcases the storytellers behind hit series like Pod Save America, 1619, Radiolab, 99% Invisible, and Hear to Slay.

For all you young podcasters looking to take your show to the next level, the festival also includes a podcast career accelerator program that gives “new Canadian voices between 18-34 the chance to gain invaluable inspiration and career insight.” Submissions for this year’s accelerator program are now closed, but stay ready to apply to next year’s event – the submission window will be around before you know it.

If you’re a podcast addict like me, you can purchase a festival pass that grants exclusive entry to daytime and on-demand sessions, an extended festival streaming window, a passholder portal with live chat, and more.

Festival tickets and passes are available at hotdocscinema.ca/c/podcast. (Hot Docs Members save on passes and get free access to a selection of prime live events). 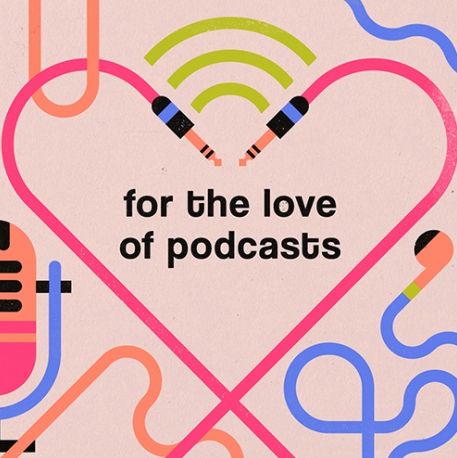 WEDNESDAY JANUARY 27TH, 2021
11:00 AM // Personal Storytelling: How To Do It Right Without Selling Your Soul
AVAILABLE WITH FESTIVAL PASS ONLY
Join Media Girlfriends and podcast producers Tori Allen, Garvia Bailey, Nana aba Duncan and Hannah Sung to talk about the highs and lows of producing personal stories for podcasts.

1:00 PM // Canadaland on Breaking the Big Story OR How to Take Down a Giant Without Getting Sued Into Oblivion
AVAILABLE WITH FESTIVAL PASS ONLY
Jesse Brown and his colleagues at Canadaland dive deep into their explosive reporting on the WE charity, discussing their thorough investigative processes and how to translate journalism into the podcasting medium.
3:00 PM // Listening Party #1
AVAILABLE WITH FESTIVAL PASS ONLY
Plug in a pair of headphones and join other festival passholders for a listening party featuring exclusive, surprise sneak peeks of some of the hottest new shows of 2021 introduced by their hosts and creators.

6:00 PM // The Epic Journeys of Radiolab: Latif Nasser and Jad Abumrad on The Other Latif and Dolly Parton’s America
Free for Passholders & Members | $14.99 regular price
Two of the groundbreaking storytellers behind the beloved WNYC show Radiolab discuss their hit off-shoots, The Other Latif and Dolly Parton’s America—and their efforts to use podcasting to foster empathy and a deeper understanding of our “irreconcilable contradictions.

THURSDAY JANUARY 28TH, 2021
1:00 PM // Reclaiming True Crime with Gimlet Media’s Connie Walker
Available with Festival Pass Only
Connie Walker, investigative reporter with Gimlet Media and host of CBC’s Missing & Murdered podcast, discusses her new series for Gimlet and using podcasts to tell the stories of the women of colour who are often erased from the true crime genre.

3:00 PM // Internet Explorers: Up Close with Reply All
Available with Festival Pass Only
Reply All’s new co-host Emmanuel Dzotsi and producer Anna Foley break down the creative process behind their hugely influential, Gimlet Media mega-hit, and what it takes to tell captivating stories about life in the digital age.

6:00 PM // The Post-Trump World: What’s Next for Political Podcasts with Crooked Media’s Tommy Vietor and Tanya Somanader
Free for Passholders & Members | $14.99 regular price
Former Obama administration officials Tommy Vietor and Tanya Somanader discuss the future of politics and the media in the post-Trump era and the rise of Crooked Media, the wildly popular podcast studio behind Pod Save America and Pod Save the World.

FRIDAY, JANUARY 29TH
11:00 AM // Finding the Funny with The Daily Zeitgeist
Available with Festival Pass Only
In this candid behind-the-scenes, conversation the hosts of the hilarious daily news show The Daily Zeitgeist (no, not that daily) help us find the funny in the often-daunting events of the day.

Listening Party #2
Available with Festival Pass Only
Plug in a pair of headphones and join other festival passholders for a listening party featuring exclusive, surprise sneak peeks of some of the hottest new shows of 2021 introduced by their hosts and creators.