Hello potential Tributes! Last year, when we gave away passes to see The Hunger Games, we broke records. It’s time to do that once again, as Dork Shelf and eOne Films have teamed up to give away passes to advance screenings of the latest installment in the big screen adaptation of one of literature’s greatest trilogies – THE HUNGER GAMES: CATCHING FIRE – in OTTAWA, HALIFAX, WINNIPEG, EDMONTON, CALGARY, VICTORIA, and VANCOUVER on Wednesday, November 20th or to the EXCLUSIVE RED CARPET PREMIERE IN TORONTO on Tuesday, November 19th.

THE HUNGER GAMES: CATCHING FIRE begins as Katniss Everdeen has returned home safe after winning the 74th Annual Hunger Games along with fellow tribute Peeta Mellark. Winning means that they must turn around and leave their family and close friends, embarking on a “Victor’s Tour” of the districts. Along the way Katniss senses that a rebellion is simmering, but the Capitol is still very much in control as President Snow prepares the 75th Annual Hunger Games (The Quarter Quell) – a competition that could change Panem forever.

The Hunger Games: Catching Fire opens in theatres everywhere on Friday, September 22nd, but here’s how you can see it first. Simply email [email protected] with HUNGER GAMES and YOUR CITY in the subject line. Please include a mailing address in the body of the email. Please only one email entry per household. Multiple emails will be deleted.

For additional chances to win, as always, you can like the contest announcement on our Facebook page and/or re-Tweet the announcement from our Twitter. BUT, since we want to make sure these tickets go to people who really, really, really, really want them, also include the answers to the following trivia questions in your email. EACH CORRECT ANSWER IN YOUR EMAIL EQUALS ONE BONUS ENTRY. 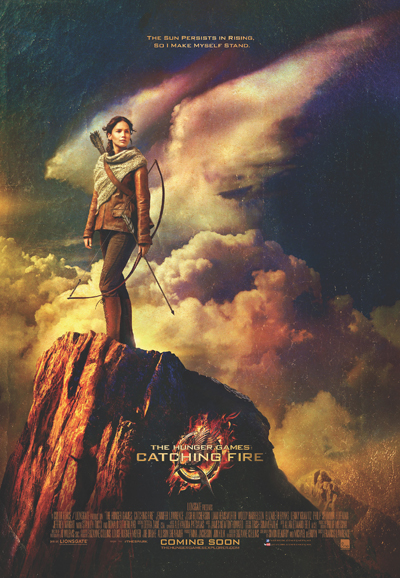 1. The 75th Annual Hunger Games has a new Gamemaster. What is the character’s name and what Academy Award Winning actor plays him?

2. Pop music sensation Lorde contributes a cover of what 1985 Tears for Fears song to the Catching Fire soundtrack?

Need help? The answers to all these questions can be found by looking around the film’s official Canadian portal at catchingfiremovie.ca

Deadline for entries is 11:59pm on Friday, November 15th, so hurry!

And remember to stay tuned to Dork Shelf for all the latest news, reviews, interviews, features, and more great contests! Don’t miss out on your chance to see one of the biggest movies of the year!

Oh, and may the odds be ever in your favour.