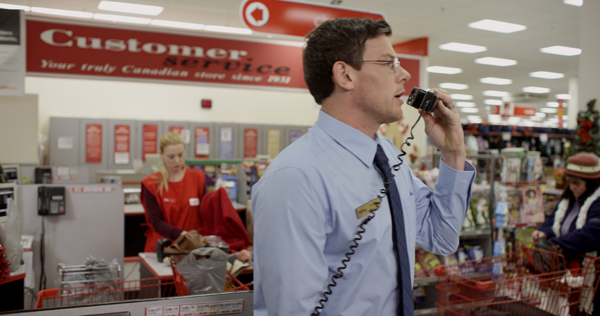 All the Wrong Reasons

For her first feature length big screen outing, Haligonian filmmaker Gia Milani enlists a sort of dream team Canadian ensemble for a slightly humorous dramatic outing surrounding a quartet of department store workers dealing with post traumatic stress. While the performances are great and the material itself is quite strong, it’s hard to shake the fact that there are way too many movies going on within All the Wrong Reasons. It’s certainly likeable thanks to the efforts of all involved, but this plays more like the first draft of a screenplay that’s been filmed instead of something that’s been pared down to its most important and best working elements.

Store manager James (the late Cory Monteith, in one of his final roles) is married to security camera watcher Kate (Karine Vanasse).  She’s been through a trauma that has left her with severe anxiety, boundary issues, and James reaches a breaking point when her inability to face her fear head on without the help of medication blocks his potential ability to transfer to his company’s head office in Toronto. Kate sparks an uneasy alliance with a pain killer addicted, one armed, Irish accented undercover security guard (Kevin Zegers) who still wants to be a cop. Also working at the store is Nicole (Emily Hampshire), a single mother and cashier struggling to get her kid’s estranged deadbeat dad to actually start acting like a man.

All four actors do a splendid job with her roles, and dealing with actors has been one of Milani’s strongest suits in her still blossoming career. But as good as the performances are, it might be because they all have just a bit too much to work with. The longer Milani dances around her ultimate points about love, loss, and pain (and she does quite extensively with a two hour running time), the more it becomes realized that at least a quarter of the film is filler that could be lost entirely without really damaging the final product. Zegers and Hampshire are certainly welcome additions to the cast, but a film that simply focused on the relationship between Vanasse and Monteith would have been strong enough on its own. Zegers asserts himself nicely once the film starts giving him things to do, but even when Hampshire is given more heavy lifting as the film goes on, she still seems shoehorned in from another tangential project. Then again, that film would have technically only amounted to a short, which is what it seems like Milani is trying to get away from doing. None the less, it would have made an excellent short. 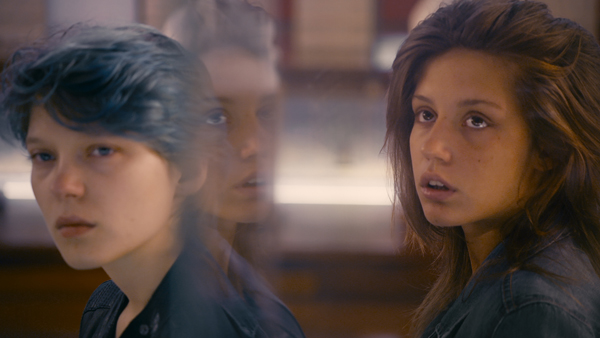 Blue is the Warmest Color

It seems strange kind of burying such a highly talked about and buzzed about film in a capsule review after its opening, but I honestly can’t think of anything to say about Abdellatif Kechiche’s lengthy adaptation of Julie Maroh’s lesbian romance graphic novel that hasn’t already been said by others and better. A film this “controversial,” “boundary pushing,” or “talked about,” really shouldn’t be this easy to dismiss. For the most part, it’s a solid romantic drama with a pair of exemplary leading performances, but it’s also far too indulgent by half; reeking of the kind of filmmaker arrogance and indulgence that can make even the rawest of emotional material seem fake.

Following the life and love of shy, wallflower-ish Adele (Adele Exachopoulos) from her teen years to adulthood with her artistic lover Emma (Lea Seydoux), there’s something deeply admirable about a film – regardless of gender or sexuality – that would ever bother to take as much time as it does fleshing out a romance. The only other film that I could think of that does it (and better, actually), is Xavier Dolan’s transgender romance Laurence Anyways. It often seems like a fool’s errand to show how pining and crushing can give way to lust and eventually to a deeper connection, and to stay with such a relationship through to a potential break-up does take an immense amount of poise and composure on the part of a filmmaker and cast.

Exachopoulos and Seydoux work well together both as paramours and as eventual bitter exes, making both halves of the film’s two-part narrative flow without feeling like there are gaps in the relationship that are missing. They bring to the film a kind of soul and aura that mere attention to detail could never do, especially Exachopoulos who increasingly has to play Adele as someone terrified of growing up.

But overall, Kechiche clearly wants to build towards the audience feeling some sort of misery when the story ends, dragging things out longer than they would probably happen in real life. It’s not some sort of clever euphemism for the film’s already talked about explicit sexuality, but a reflection on the movie as a whole.  He’s dragging out every possible moment, not because it would make sense to, but to prolong the good and awkward moments to simply make the inevitable crumbling of the relationship (which can really be seen as soon as it begins) feel as cataclysmic to the audience as it would to the characters. But Kechiche has trouble fully placing himself in the shoes of his characters, making the whole thing come across on a filmmaking level as cold and calculated rather than the warmth the title suggests.

It’s still a fine film, but definitely a problematic one.