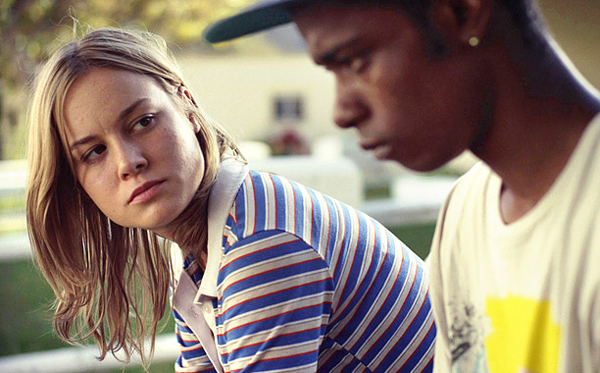 I’m more than a little surprised that filmmaker Destin Cretton is still standing (or in this case, sitting without slumping) after the months of tireless work and promotion that he has put into his latest film, Short Term 12. Making huge waves on the festival circuit and in critical circles in the US for months now following its debut at SXSW earlier this year, Cretton has continued travelling the world with his film, a labour of love several years in the planning and making about workers at a group home for at risk youth, for months on end.

“It’s nice to be noticed and talked about, and awards are nice,” Cretton said, sipping on a glass of water in a downtown Toronto office building, “but that’s ultimately not the reason why I made this movie. I think the reason I’m still standing now is because after every screening everywhere I go with the movie, there’s always someone who just shares the most amazing story after they see it and about how much it meant to them.”

“There was one girl, she was about 14, and in the Q&A she stood up and had the microphone and she was trembling a bit and apologizing and saying that she never normally did this, but she went on to say that Jayden was her the year before. Without going into specifics, she said that she had been at her lowest possible point and she was willing to try anything to make it go away. And she pointed next to her and said that the person she was with was her Grace, and they had come to see it together. And that’s why I made the film.”

Although largely the story of Grace (played by an exceptional Brie Larson), a twentysomething supervisor looking over kids with depression and anger issues who has begun questioning her direction in life and has to confront some personal demons in her very near future, Short Term 12 is a film that Cretton himself has lived through in more ways than one. It comes adapted not only from his Sundance Audience Award winning 2008 short film of the same name, but also from his own experience working at such a facility.

“It was my thesis project actually,” Cretton said, speaking of his original film, some of which carries over to the feature, but for the most part is very different. “And it just happened to get into Sundance, which I wasn’t expecting, and then after it won the audience award there, I thought it would have been easier to turn it into a feature. It really wasn’t. It was pretty hard to get a movie made that’s really talking about child abuse. So we just weren’t able to get the money for it right away. It even won the Academy Nicholl Fellowship (in 2010), and that still really didn’t get anything from it. But I made a film called But I’m Not a Hipster, and that played Sundance and was actually my first feature, but that was the one that led to this one getting made.”

The passing of time between projects leaves Cretton proud of his work, but realistically self-effacing about the short his feature arose from.

“I look back on the short now and I kind of cringe a little bit, but I know that in a few years I am probably going to feel the same way about this.”

As for Grace’s trajectory as a character, it’s made up from bits and pieces of stories and incidents that Cretton himself had heard or experienced while on the job when he was younger and experiencing the frustration of being a lowly paid worker with no real authority or way to help these kids outside of just making sure they didn’t hurt themselves and they took care of their lives.

“I think the most common kind of fantasy that I heard was how people wished they could do something to the person who harmed these kids, but of course, you can’t do that, and there’s really not much that you can do. And in a lot of ways I think Grace is very typical of that kind of experience, but then she also has her own issues in her own life that might not make her the most ideal person for the job. It’s kind of about what that sense of empathy can foster in people. Grace is able to do a lot of great things, but sometimes she also makes some really bad decisions along the way.”

While his decision to cast Larson, better known for smaller roles often in comedies like Scott Pilgrim Vs. The World, 21 Jump Street, and Don Jon, was an easy on (hatched out after admiring her ability to create fully fleshed out characters and an hour long Skype discussion), the hardest thing for Cretton was to effectively recreate a setting based around routine with actors who had never met before in a limited amount of time.

“That was actually the biggest concern of mine because we only had two days with the actors before we started shooting. On the first day, I had Brie and John (Gallagher Jr., who plays Larson’s co-worker and boyfriend Mason)  go on this pseudo-date – which apparently started off really awkwardly to begin with – and I had them ask each other questions that pertained to the movie and the themes, like ‘What residue do you think your parents have left behind on you?’  And things like that.”

“The second day was with everyone else to sort of create that community kind of feeling, and for that I had Brie and John kind of help me with sort of making things feel like what a day would be like there. A lot of the time, John was just acting silly and singing that Big Booty song that he does in the film, and I wanted to let everyone, especially the younger actors, know that it was okay to be silly in this space. Sometimes we would be off in one part doing a serious scene with Brie and we would just hear John off somewhere else doing the Big Booty song. (laughs)”