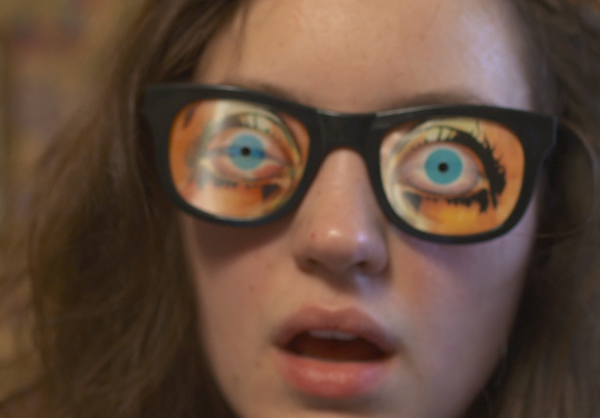 For the past several years, local film festival programmer Jeff Wright has been filling a gaping hole in the Toronto independent cinema scene. With the formation of his ReFocus film series, not only has Wright (who also works as a programmer for Canadian Music Week, Rendezvous With Madness, and the Calgary Underground Film Festival) brought to Canada works from some of the world’s best up and coming filmmakers, but he often does it when no one else really wants to take on the task of promoting sometimes hard to sell films. He also doesn’t technically “sell” anything since his screenings are free and open to the public. All he wants in return for such great, outside-the-box programming is the chance for people to spread word of mouth to make the series bigger and better.

One doesn’t have to look very far past the first film to play in the series to see where Wright is coming from. After kicking off with Ben Wheatley’s Down Terrace (before he would go on to high profile TIFF films Kill List, Sightseers, and this year’s A Field in England), Wright would also screen You’re Next director Adam Wingard’s debut Pop Skull, Alex Ross Perry’s The Color Wheel, the Tim Heidecker starring The Comedy, Henry Joost’s NY Export: Opus Jazz (which returns to the Bloor in October), Joe Swanberg’s All the Light in the Sky, and most recently Chad Hartigan’s exceptional This is Martin Bonner. None of which had any formal distribution plans to ever be released in Canada through conventional methods of release, but all of which had made considerable waves in the worldwide independent cinema community.

This Thursday at 9:00pm, the series returns to do its third screening at its new home base, The Revue Cinema, for the Canadian premiere of the gleefully potty mouthed and realistically misanthropic coal black comedy See You Next Tuesday with writer/director Drew Tobia and leading actress Eleanore Pienta in attendance for a post film Q&A. In it, Pienta portrays Mona, an extremely pregnant and incredibly lazy, almost childlike grocery store clerk who makes the life of her already screwed up alcoholic sister a living hell. It’s assuredly not a mainstream film by any stretch, and it’s not filled with many likable characters, but it’s almost from the same culturally pointed universe as John Kennedy Toole’s A Confederacy of Dunces had it been optioned for the big screen by The Farrelly Brothers. It’s bracing, wholly original, exceptionally deranged, and incredibly funny.

We talked with Wright recently about the formation of the series, his booking process, his amazement at how series alums have seen their careers take off in recent years, why the series is free, the film that got away from him, and, of course, his most recent selection.

Dork Shelf: You’ve been programming ReFocus now since 2010 and you’ve been a part of the festival circuit for the better part of a decade now. At what point did your previous work inform and lead to the creation of ReFocus?

Jeff Wright: The first festival I programmed for was Eric Warner’s Over the Top Fest, which was an incredible experience for me, and I’ll always be grateful for Eric giving me that chance. The music side of the festival was incredibly eclectic, and Eric had a knack for booking the next hot bands. I took that as a template, and wanted to program line-ups of films from all genres, while focusing on new filmmakers that I thought were going to go on to bigger things.

Over the Top Fest went on hiatus, but I was still seeing so many great films that I wanted to screen in Toronto, and nobody else was. It was incredibly frustrating to see Toronto being called one of the world’s best cities for film (which we absolutely are), but largely ignoring these amazing new filmmakers.

I didn’t have enough money to rent theatres to put on screenings, though, so I took a while to figure out what probably should have been obvious: that I could put on DIY screenings in non-theatrical venues, and screening off of Blu-rays or HD files that would still provide a presentation that was worthy of the films.

DS:  ReFocus screens some of the most interesting films to not have distribution in Canada just yet. What is the booking process that goes into choosing films for ReFocus as opposed to any of the other festivals and series that you help program?

JW: The booking process for Refocus is the most simplified off all series/festivals that I program. I maintain a tracking list just like I do for the others, but the films that I show at Refocus – because of the way I set up the series – aren’t subject to the typical politics of programming. I program based 100% on the quality of the film and how passionate I feel about.  It might not be the smartest way to program, but I love having a series where 3 years later, without caveats, where I’ve loved every single film. That’s rare.

DS: You’ve screened some really great films over the past couple of years from filmmakers who have really taken off like Ben Wheatley and Joe Swanberg. Are there any films that really stick out in your mind that in hindsight you were surprised you were able to get?

JW: I’m still surprised that I’m able to get most films that I do. Because I love all of them, it often blows my mind that nobody has beaten me to the punch, and that the filmmakers allow me to screen these amazing films.

The number of success stories, or whatever you want to call them, among the filmmakers and actors whose films that have screened at Refocus, is insane. Alex Ross Perry is working on an HBO series and a feature film starring Jason Schwartzman and Elisabeth Moss. David Lowery’s new feature, AIN’T THEM BODIES SAINTS with Casey Affleck and Mara Rooney, played at Sundance and Cannes, and is being released by Magnolia this month, and he’s working on a remake of PETE’S DRAGON. Amy Seimetz is on The Killing, and Christopher Guest’s HBO show, Family Tree. Kate Lyn Sheil (who has probably been in upwards of 65% of the films screened at Refocus, somehow) is co-starring in Alex Ross Perry’s HBO show, and is going to be on the second season of House of Cards. Michael Tully is finishing up his biggest film to date, PING PONG SUMMER, which co-stars Susan Sarandon. Jeremy Saulnier’s new film, BLUE RUIN premiered at Cannes, was picked up by Radius TWC, and is playing TIFF next month. It’s so exciting to watch all this happen.

DS: How did the decision to make the screenings free come about and how have you been able to sustain it for that long with the venue shifts over the past couple of years?

JW: The decision to make the screenings free was primarily because my bank balance is a disaster. I love that some ATMs now give you the option of not printing a receipt, because sometimes I don’t want to know.

But I also thought about how if it’s difficult to get these films screened and to have people buy tickets, then it might be a good idea to make the screenings free in order to make it as difficult as possible for them to come up with an excuse to not go. I only ask that people talk about the films if they like them, and help promote the film, filmmakers, actors, and of course, the series. It was all setup to cost as little as possible, so that it was sustainable for foreseeable the future.

The first Refocus was supposed to be at a coffee shop that will remain unnamed because I actually can’t even remember what it was called now, but the owner got a little difficult to deal with a day or two before the screening. So instead it ended up happening in my friend, Jon’s living room. Then we moved to Double Double Land, which is an amazing space, run by amazing people. Our recent move to the Revue Cinema is so exciting to me. As much as I loved the screenings at Double Double Land, to be able to screen in a proper cinema is a dream.

DS: Were there ever any movies that you wish you could have gotten that have gone on to prominence but you never got the chance to program?

JW: There really haven’t been too many films that I’ve wanted to screen that I wasn’t able to. Some have required months of ignored e-mails or waiting for filmmakers to figure out their distribution plans, but no big rejections that I can think of. I really feel very lucky.

The only significant snafu that I can think of actually pre-dates Refocus by a little bit. I was all set to screen the Canadian Premiere of Lena Dunham’s first film, CREATIVE NON-FICTION, and Lena was even going to do her best to come up for it, but then I discovered that the DVD I had of the film had a tiny scratch that kept me from burning screeners for the press. I e-mailed Lena back to see if she could send me a new disc, but she didn’t get back to me because she was up to her eyeballs in pre-production on TINY FURNITURE. Since I wasn’t going to be able to get any reviews of the film I cancelled the screening before even announcing it. Not my most shining of moments.

DS: See You Next Tuesday seems both like the perfect choice for your series, and yet at the same time, something a bit different from what you’ve programmed in the past. It’s kind of like the Farrelly Brothers made a mumblecore movie, and I can see where that might make some distributors take pause since it’s a tough film to sell just by trying to explain what it is. How did the film come to you?

JW: SEE YOU NEXT TUESDAY came to me from one of its producers, Jason Klorfein, who produced a film that screened at Refocus last year (Onur Tukel’s RICHARD’S WEDDING). I watched it, loved it, and e-mailed Jason an invitation while the credits were still playing on my TV.

And as much as there are connecting filmmakers, actors, and themes between some of the films that screen at Refocus, I’m always looking for films that feel fresh. My hope is that people don’t come to Refocus for a certain type of film, but rather to see a mixed bag of great films that they’re not going to see anywhere else in Toronto.