Into The Badlands, AMC’s post-apocalyptic martial arts drama, is coming back to TV on March 19. If you caught the high-octane genre-bending show during its initial six-episode run in 2015, you will understand why that’s exciting news. There is still nothing on television quite as unique – it’s a colorful, hyper-violent fusion between Mad Max, samurai westerns, and Hong Kong kung fu flicks that feels more like watching an original live action anime than an American-made action series. And if the trailer for season two is any indication, Badlands is only going to be getting crazier as it brings its special flavour of stylized brutality back to Sunday nights.

When we left off just over a year ago, the show’s core duo were split up. Lifelong professional assassin/bodyguard-cum-exile Sunny (Daniel Wu) has been separated from his human super-weapon protege M.K. (Aramis Knight). Now, M.K. is struggling to get a grip on his mystical powers of mass destruction while Sunny is trying to escape imprisonment and make it back to his family, making friends with a nunchaku-wielding Nick Frost (Shaun of the Dead, Hot Fuzz) along the way. Meanwhile, the titular Badlands are in a state of turmoil — The Widow (Emily Beecham), one of the feuding Barons of the Badlands, continues to cut people apart with her wits and knives on a mission of supreme regional domination.

That might sound dense and complex to the Badlands initiate — and it is complicated — but that’s part of the fun. Into the Badlands has meticulous political drama and made-up names worthy of the pulpiest fantasy novel, but it also has the best fight choreography on TV (probably ever). It presents itself with the utmost sincerity, and rewards earnest viewers with truly epic moments. To tide you over until the premiere date, Dork Shelf has received three exclusive images of Sunny, M.K., and The Widow in action. Take a look: 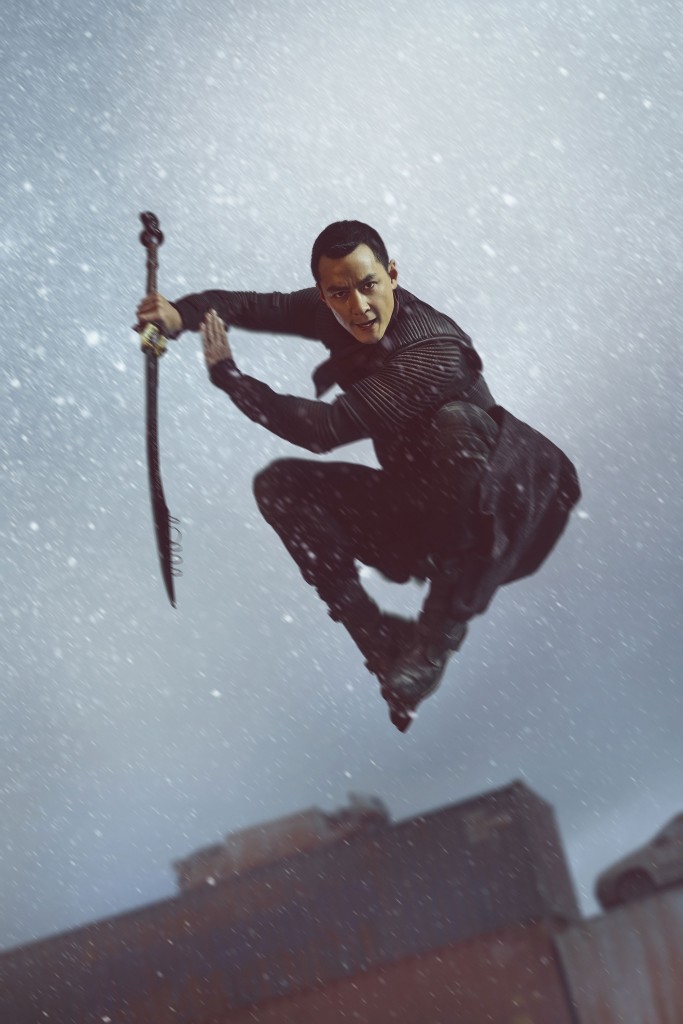