Two years ago, I wondered why Lego The Lord of the Rings the video game didn’t exist yet. There were no confirmed reports of its development at the time, but with the then-upcoming film release of The Hobbit, plus the release of new Lego LOTR toy sets throughout the year, the game was inevitably on its way.

So when Warner Bros. and TT Games made the official announcement, it was a surprise to no one. And if it was… really? After Lego Star Wars, Lego Indiana Jones and Lego Harry Potter, you seriously didn’t see this coming?

Just as Lego Harry Potter Years 1-4 and Years 5-7 closely followed the eight (!) films,  Lego LOTR closely follows the chronology of Peter Jackson’s movie trilogy. It also marks the first time a Lego game based on a film franchise employed dialogue directly from the movies — admittedly, hearing Elijah Wood and Viggo Mortensen’s voices from the mouths of mini-figs is a bit odd.

Could the detail-rich story of LOTR have been told through the usual grunts and groans we’ve come to expect from previous Lego games? It’s hard to say. The franchises on which TT’s games are based are so well-known, it’s easy to fill in the blanks. But as an introduction to Tolkien’s Middle-Earth for young minds, Lego LOTR is as age-appropriate as it gets.

In typical E10+ rated Lego fashion, the more violent parts are diluted with sight gags. But we’ve come to expect that and I’m always curious to see how TT handles those moments. I’m never disappointed, and surprisingly, I don’t miss them. The kiddos won’t miss them either. Of course, they’ll eventually learn that the Uruk-hai leader Lurtz did not, in fact, deliver the final blow to Boromir with a banana to the chest. They’ll get over it. 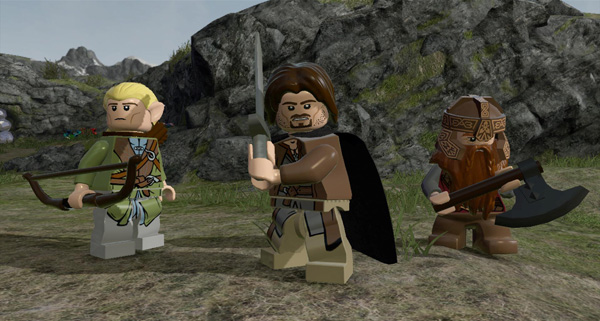 TT’s formula is one we know and know well. There were no surprises with the game’s announcement and there are no real surprises in the game. That’s not a bad thing, especially if you’re not looking for an experience that takes you outside the film — there are plenty of other Middle-Earth-set games for that, anyway.

If you’re the kind of person who enjoys an annual LOTR viewing marathon — as I do — you may not want to have one after playing Lego LOTR. The game recreates the film trilogy so faithfully that you feel like you’ve just watched the whole thing: Everything from the Galadrial-narrated prologue of Fellowship of the Ring to the half-dozen endings of Return of the King, to the inclusion of Howard Shore’s iconic, evocative score.

TT sticks to what it knows: its charming Lego humour and detail. Fans will revel in catching those little details, which really help bring these characters to life — from light and nimble Legolas as the only member of the Fellowship who can walk on top of the Misty Mountains snow, to an exhausted Frodo, who, burdened by the Ring’s weight, and is steps away from the fires of Mount Doom, moves with flailing limbs and, appropriately, unable to jump.

And, yes, you can toss Gimli. Do it 30 times as Legolas and you’ll unlock an achievement. (It’s almost as fun as unlocking the Crowd Pleaser achievement in Lego Star Wars for “killing” Jar-Jar Binks 20 times.) 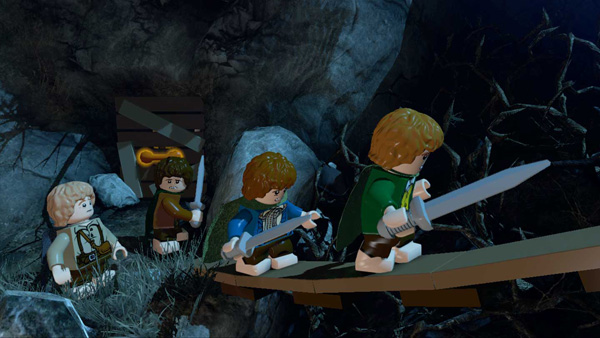 The game isn’t without its faults. Following Gollum through the Dead Marshes is a major slog one of the least enjoyable parts of the game, and taking down the Oliphants also gets repetitive. Personally, I’ve never been able to master trampoline surfaces in any Lego game, so reaching some of the highly coveted Mithril bricks became doubly challenging and just as frustrating.

But those moments are few and far between. It’s fun to play in what is the most expansive of the Lego games to date, thanks to the history and wealth of characters who populate the Tolkien canon. And just when you think you’re done with story mode and free play mode, TT has added a whole whack of side quests to delay your goal of 100% completion, if 100% completion is your cup of mead.

So why should you play? For the same reasons you re-read Tolkien’s tomes or re-watch the movies or play with the same pile of Lego bricks. Even though we know exactly how it ends, the fun is in getting there. One does not simply walk into Lego Mordor, after all.