On this week’s episode of Loose Cannons, Mathew Kumar and Justin Decloux talk about 1971’s Crucible of Horror (also known as The Corpse and The Velvet House), a confusing British horror film starring Michael Gough of Batman fame.

So is Crucible of Horror an essential part of the Cannon canon? Will Mathew and Justin be able to remember what the movie is called? Listen to find out: 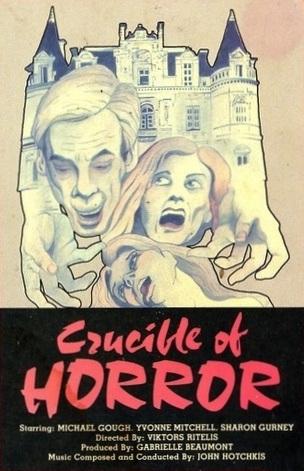