This week’s episode of Loose Cannons is special for three reasons: 1) It was recorded live at Fantastic Fest in Austin, Texas; 2) It features special guest Peter Kuplowsky, Director of Shorts Programming at Fantastic Fest; and 3) It’s not about a Cannon film!

That’s right. Mathew was down in Austin for Fantastic Fest a few weeks back and just had to check out director and  Loose Cannons “fave” Joseph W. Sarno’s 1967 sexploitation movie My Body Hungers, which screened as part of a series of exploitation films selected by filmmaker Nicolas Winding Refn (Pusher, Drive).

My Body Hungers follows a Marcia (Gretchen Rudolph), a roadhouse hostess who goes undercover to investigate the murder of her sister.

So, is Joe Sarno’s non-Cannon work just as compelling as the Cannon classic Inga? Listen to find out: 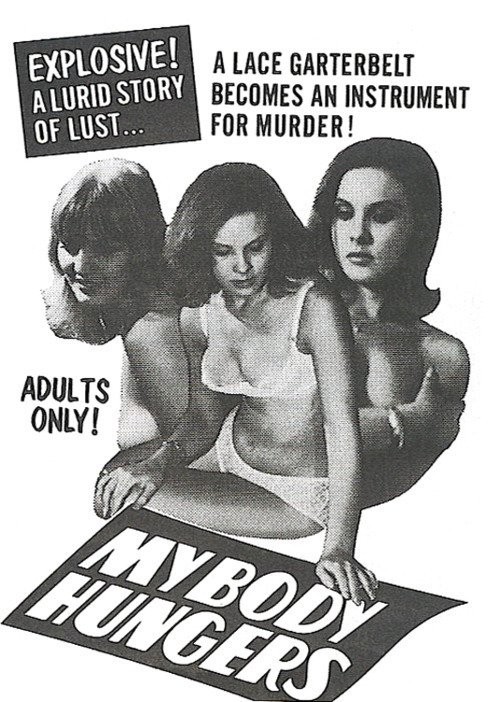 Questions? Comments? Want to be featured in the Loose Cannons letters section if and when that section appears? Why not shoot us an e-mail at [email protected]?