2015 was a big year for Oscar Isaac. From the eccentric genius in the indie hit Ex Machina to the tortured politician in the acclaimed Show Me A Hero, and capping it off as one of the heroes in the record breaking Star Wars: The Force Awakens, he quickly became one of Hollywood’s most interesting and most sought after talents. Isaac also appeared in another film last year that played a few festivals but failed to make a big splash. Mojave is now premiering on VOD along with a limited theatrical run, fortunately Isaac’s newfound stardom adds appeal and marketability to a film that really doesn’t have much else going for it.

Mojave reunites Isaac with one of his Inside Llewyn Davis costars, Garrett Hedlund, and unlike their silent road trip in that film, they have much more to say to each other this time around. The two first encounter one another as Thomas (Hedlund) is strung out in the dessert, possibly attempting to drink himself to death. Set in present day, Isaac’s Jack seems to wander out of  a different era, as a shotgun toting drifter with a duster and cowboy hat, he gives Thomas some unwanted company on his unclear quest. Jack introduces himself with the first of many barely coherent monologues sprinkled with literary references that bare little if any relevance to their current circumstances. While this drifter is clearly a little off and makes Thomas uncomfortable, it’s Thomas who acts unreasonably and decides to pick a fight. Jack loses the first fight, but he’s not going to let Thomas get off that easy. Thomas returns to his life as a burnt out LA artist struggling with fame before the drifter comes back looking for revenge.

The first act, taking place almost entirely in the desert, feels like an attempt at a modern day western. This is the most irksome act as we’re not given context for anything or reason to invest in the story other than to see where the hell could it could possibly be going. Fortunately something happens at the end of this act that propels the story into psychological thriller territory. In their final showdown, Jack asks “Do you know yet which one of us is the bad guy?” which is certainly meant to reflect what the audience is likely still wondering at this point. Not every film requires classical representations of good and evil, heroes and villains, but if you don’t have this age old struggle, you need to have something else to keep the audience invested, and Mojave just doesn’t have that. 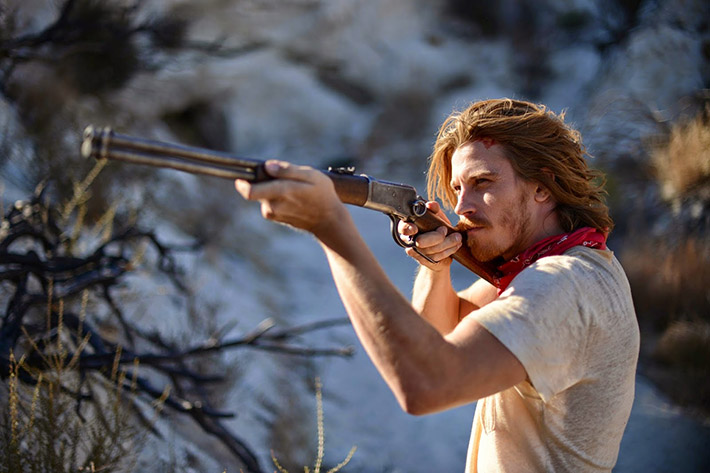 Synopses of the film refer to the main characters as doppelgängers, but this doesn’t come across when there’s very little consistency or insight into either character. The motives of either are never very clear. We don’t know the cause of Thomas’ breakdown or even what he’s really famous for. He barely speaks in the first act, and while Jack speaks enough for both of them, his monologues sound like an educated person who just speaks to hear the sound of his own voice but never really says anything. While these overwritten speeches contain some of the film’s best lines of dialogue, they ultimately contribute to the film feeling like a play written by a college student. The film was in fact written and directed by William Monahan, who has penned scripts for some of the industry’s biggest directors, such as Ridley Scott (Kingdom of Heaven, Body of Lies) and Martin Scorsese (The Departed), the latter of which earned him an Oscar. This is the second film he’s directed and it feels like a step down from his 2010 debut London Road.

Monahan’s past accomplishments surely helped him acquire this undeniably strong cast. This is the third film he’s scripted that Mark Wahlburg has appeared in (following The Departed and The Gambler). Though it’s not much more than a cameo, I’m surprised Walburg doesn’t get an executive producer credit just for showing up. In another case of fortunate timing, Mojave is the first film audiences will see Walton Goggins in following his breakout role in Tarantino’s Hateful Eight. As with almost everything he’s in, the real attraction here is Oscar Isaac, and he delivers. Isaac is clearly having a good time as he bites into those meaty monologues with fake teeth subtly altering his appearance, often sounding like Macho Man Randy Savage if he had a B.A. in Literature… “To be or not to be, brother.” Isaac definitely got the fun part and brings quite a bit of humour to the role, whereas Hedlund’s character is just miserable from beginning to end.

When a film closes with its title in large letters over black before the credits role, usually accompanied with a dramatic music cue, it  implies that what you just watched should have had some kind of impact on you. When the block letters for Mojave fill the screen, it’s almost humorous how little we care by this point. To me this practise of reminding the audience of the name of the film they just watched should follow some mind blowing twist, but Mojave ends with a whimper, and this title card just doesn’t feel earned.