No Time to Die Trailer: James Bond Is Back! - That Shelf Skip to main content

James Bond is here to save us from the second wave with a new No Time to Die trailer! The trailer for the franchise‘s 25th official instalment dropped today delivering action galore. Daniel Craig suits up once again as 007 and reunites with Spectre co-star Léa Seydoux as Bond girl Madeline Swann. New to the Bond universe is Craig’s Knives Out co-star Ana de Armas, along with Bohemian Rhapsody‘s Rami Malek as the sneeringly evil villain Safin. Oscar winner Christoph Waltz reprises his role as the iconic villain Blofeld. 007 regulars Ralph Fiennes, Naomie Harris, Ben Whishaw, and Jeffrey Wright are also back for the ride. True Detective‘s Cary Joji Fukunaga directs. 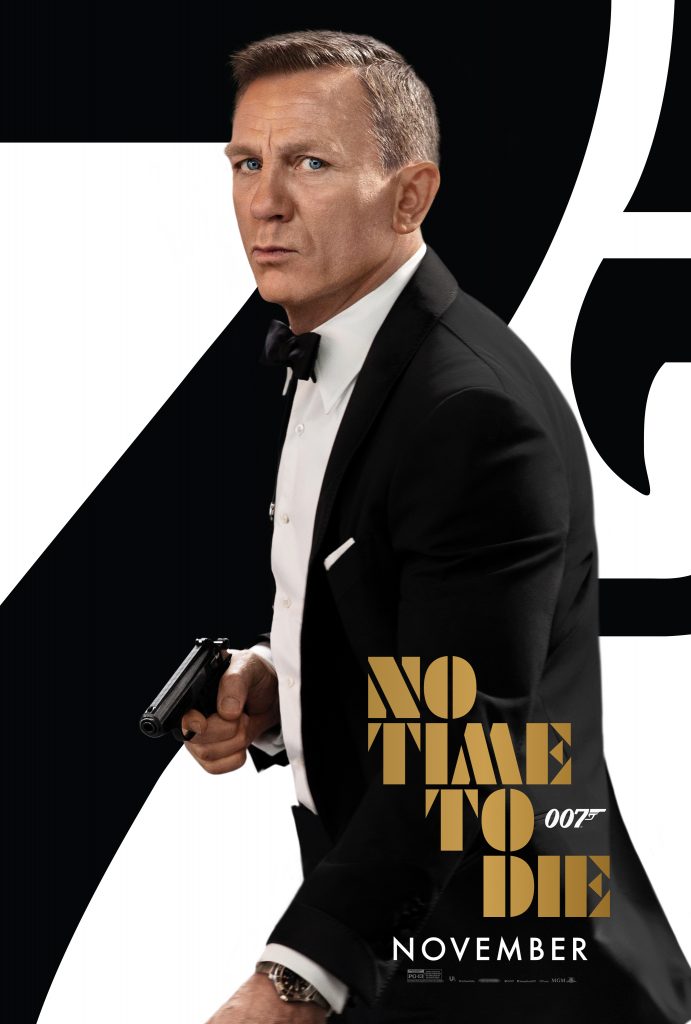 The latest 007 flick was among the first major studio releases to change gears in response to the coronavirus pandemic. No Time to Die was originally slated for an April release, but shifted to November 20 in anticipation of the widespread theatre closures. Hopefully 007 can help kickstart the industry. In the meantime, revisit our list of all 24 James Bond films ranked ahead of 007’s latest adventure!

Synopsis: In No Time To Die, Bond has left active service and is enjoying a tranquil life in Jamaica. His peace is short-lived when his old friend Felix Leiter from the CIA turns up asking for help. The mission to rescue a kidnapped scientist turns out to be far more treacherous than expected, leading Bond onto the trail of a mysterious villain armed with dangerous new technology.

Watch the new No Time to Die trailer below: