It’s time for a mea culpa.

I’ve been a bit of a naysayer when it comes to Virtual Reality, suggesting that it’s either not ready or that it won’t be the transcendent revolution that its prophets have been forecasting. However, I’m not too proud to admit when I’ve been wrong, and in retrospect I have been overly negative about VR.

So what brought about the change?

I had the opportunity to get some hands on time with Sony’s Project Morpheus during the recent Fan Expo in Toronto, and while I still have questions, the technology is farther along than I’d realized. In fact, it’s already there. I don’t know how the Morpheus measures up against some of the other models and there are still improvements to be made, but there are always improvements to be made and right now we’re talking molehills rather than mountains. We’re at the point where imagination is a bigger limitation than technology, and that’s a very exciting prospect moving forward. 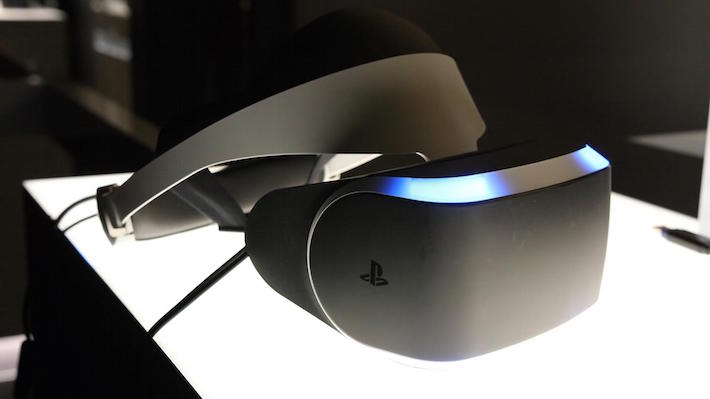 For me, the biggest surprise was the precision. I tried the demo for The London Heist, an on-rails shooter in which you’re riding shotgun in a getaway car following a bank robbery, and at no point did I experience any motion sickness or discomfort. There’s some inevitable disassociation, like your head is attached to someone else’s body, but it felt natural and I soon forgot that I was sitting in the middle of a convention floor and not the front seat of a van. The headset fit comfortably over my glasses. Assuming you have decent headphones, you really can lose yourself and block out everything else around you.

So yes, the Morpheus demo is impressive. VR is obviously capable of delivering some incredible experiences. You’d have to be a fool to suggest otherwise.

Then again, that was never my main point of contention. At the conceptual level, it’s easy to see how transformative high-quality virtual reality could be. I’ve witnessed the massive leaps that technology has made over the years and I’ve never really doubted that process, even if it always seems to happen faster than I’m expecting.

That’s why my biggest questions have been cultural rather than technical. Who’s going to develop software for VR headsets and – more importantly – who’s going to buy them once they hit the open market? Though it’s currently in a more experimental phase – science for the sake of science – VR headsets are eventually going to be expected to make money and game development is expensive. Most triple-A games are made for the widest possible audience on stable, predictable platforms found in millions of households.

VR, on the other hand, offers custom worlds that can take advantage of limitless quirks and idiosyncrasies. That’s what makes it so enticing. VR can literally go anywhere and be anything, and I’m a profound believer in the unparalleled power of interactivity as a form of artistic expression and a vehicle for empathy. I’d love to see a world in which high-end VR experiences were widely available because I genuinely believe that it would be both entertaining and beneficial to our understanding of the world around us.

However, I recognize that market forces often dictate the final form that technology takes at retail, especially when it needs to be palatable to the broadest audience. As much as I love seeing people build new worlds for the sheer joy of exploration, the limitless potential of VR could also make it prohibitively expensive for consumers. Many people aren’t going to be able to afford custom hardware or controllers for every game. How do you establish a uniform set of commercial standards without limiting the creativity of developers?

The London Heist is a good example of what I’m talking about. The game asks you to fend off pursuing bad guys with an Uzi. The catch – and the thing that makes it a true VR experience – is that you have to reload the gun manually. The London Heist is played with two Move controllers that act as your hands, each requiring a single button press to grab any object. In the context of the game, that means that one hand holds the gun while the other goes fishing for a fresh magazine in a large duffel bag whenever you run out of ammo.

The system works astonishingly well and is amazingly intuitive. The Move controllers feel like natural extensions of your hands. You don’t have to learn how to use them because you already know how your hands work in everyday life. It lacks some tactile feedback – your hands never brush up against all of the other junk that you run across while blindly rooting around in a backpack – but the distance between objects is roughly what you’d expect. You simply look at something and then grab it and it feels like your hands and eyes are perfectly in sync.

That’s one of the cool things about VR. It can make games more accessible because the control schemes can mimic basic motor skills with a startling degree of accuracy.

The problem is that you still need electronics to make that possible and you’re not going to find two Move controllers in every household. Every supplementary gadget adds to the final price tag of VR, and that’s doubly true when you factor in all of the different proprietary options. It’s fun, but The London Heist is a relatively simple game with no movement that still requires a lot of expensive hardware. If (or when) VR takes off, similar challenges could limit the install base for any individual game.

There are ways around that, but figuring out what is replicable on a mass scale while also predicting public tastes is far more difficult than getting the technology to work properly. That fact has always been at the crux of my skepticism. In order to be truly transformative, VR needs to enter people’s everyday lives in an accessible, affordable way, and despite the strong showing at Fan Expo, Project Morpheus doesn’t do much to answer those questions.

Having said that, Virtual Reality really is that fucking cool, so I can’t fault people for being excited about the possibilities, even if commercial pressures will sand away some of that excitement. I’ve seen enough to know that VR can offer unprecedented interactive experiences, and we’re at the point where lack of creativity is a bigger hurdle than the technology as artists figure out the best ways to develop for the new platforms. I still reserve some of my skepticism, but I enjoyed my time with Project Morpheus and I absolutely recommend checking it out if you get the chance. I look forward to seeing what creative individuals are able to do with Virtual Reality.