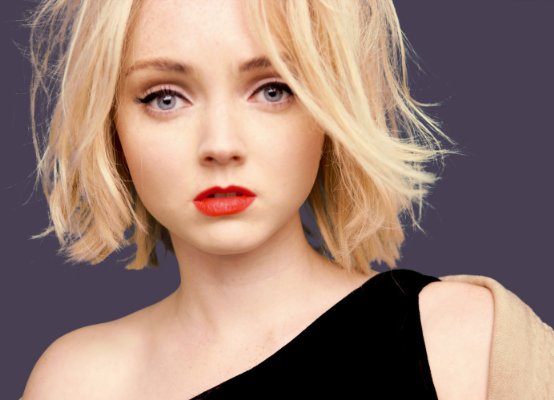 Any new project by veteran filmmaker Sally Potter deserves attention. Any new film project which markets itself to mobile phones and the internet almost exclusively also demands attention. Put these two things together and you have Potter’s newest and most (at least technically) daring work to date. Rage is her new film set in the precarious and arguably vain world of fashion. The premise is fairly simple: a student by the well-chosen name of Michelangelo interviews a series of important (and not-so-important) people during New York Fashion Week, filming them on his mobile phone. This particular year, murders take place and everyone is a suspect and a figurative victim of the crime.

While in the past Potter has trained her keen eye through the traditional film lens, this project was designed to be viewed on mobile phones and computer screens. For a filmmaker like Potter, whose past works (Orlando, The Tango Lesson, Yes) has been feasts for the eyes on the big screen, the decision to format her film for the mobile screen is an interesting if almost unfathomable one. How does one adjust for the change of spectrum and viewing? What is the new spectatorship and how do you account for their sensibilities? Can it be called a film if it was not designed for traditional cinema viewing?

I’m guessing the movie was not actually filmed with a mobile phone (the quality is just too good), but the perspective is meant to replicate the feeling. The characters are placed in front of a backdrop that changes colour depending on the character and the mood. They are interviewed at different points during the week, giving their perspectives on the fashion industry and the crimes that have occurred. There is the ingenue model, the designer, the new discovery, the police detective, the critic, and the marketer, among others (played by veterans such as Judi Dench and Dianne Weist, to American character actors such as John Leguizamo and Steve Buscemi, and new talents Lily Cole and Riz Ahmed). As this is supposed to be a mobile phone, this is slightly shaky-cam style. The voice of Michelangelo is only heard once, at the end of the first day, but barely. As a result, the characters sometimes repeat his questions in an annoying way (and I can’t help but think Potter could have found a way to write dialogue around that problem, or have the voice of Michaelangelo included). However, this is a minor misgiving, as the story itself is definitely up to Potter’s standard of revealing the dark side of beauty.

As stated, Rage was designed to be watched on either a mobile phone or via the internet. Although shown at Berlinale (Berlin’s major film festival) earlier this year, it was not meant for the big screen. Indeed, I doubt it would even be appropriate for television. Potter is a filmmaker who knows her medium. Since this is supposed to be filmed on a mobile phone, the scope of the frame is limited. Most of the shots are medium close ups to close ups. This means the focus is entirely on face and body language, highly appropriate for a piece on fashion. The intimacy of the projection is matched with the intimacy of the filming. The spectator is put in the place of Michelangelo, since there is no visual or aural identity attached to him. His only identity becomes that of whom he is filming – how he sees them and how they project themselves into his camera.

In effect, Michelangelo is the famous “Fool” of Shakespearean literature: he is used only when there is something to gain, not seen as a threat or even a person (as he is hiding behind his camera). But he knows and sees all. Of course, this being the postmodern age, he broadcasts what he sees onto the internet.  Then the spectator moves from being Michelangelo to the his audience, viewing it on the internet. We are the Fool’s audience, the ordinary citizen who can either find themselves “discovered” and ruined in a single day (like the character Vijay), or the murdered (whose identity we never find out).

In one of the final scenes in the last episode, Michelangelo is interviewing Mona (Judi Dench), a fashion critic, when chaos is heard off-camera. The camera doesn’t leave her face, and Mona indicates at one point that Michelangelo is crying.  The camera has never left her face during the screams. Michelangelo then would seem to be the anti-war photographer, the opposite of Steve Buscemi’s character. Or perhaps that is not true; Michelangelo knows that everyone will photograph or film the dead; he is trying to capture the people behind it.

As I write this, I realize the most important character in this film is Michelangelo, and by extension the spectator. By using mobile phones and computers as the method of communication, Potter has achieved the ultimate recognition of the spectator as the main component in the story (keeping in step with today’s on-demand culture). We want to watch films on our phones and computers, we do not want the hassle of leaving our safety zones, we want what we want when we want it, and we want it now. So this is what Potter gives us: a story of the ultimate vain art form, fashion, and shows us its true and very ugly face. Is it, then, the face of the spectator that is being turned to the mobile phone? Are we watching a screen or a mirror?