How do we live and love, even as we near the end of our time? That’s the heady question posed by Harry Macqueen’s intimate and modern love-story, Supernova.

The film sees Colin Firth and Stanley Tucci, partners of 20 years, hit the road in England to visit friends, family, and precious places from their past. As Sam (Firth) and Tusker (Tucci) try to connect with the things they hold most dear, they are forced to come to terms with the realities of Tusker’s early-onset dementia diagnosis. With an uncertain future ahead and the gravity of the situation taking hold, they must confront the question of what it means to love one another in the face of irreparable degenerative illness.

The film is set to premiere at the San Sebastián International Film Festival on Sept. 24, while its U.K. début will take place at the BFI London Film Festival on Oct. 11. North American distribution and release dates have yet to be announced.

Watch the brand new trailer for Supernova below now and scroll down for the newly released poster: 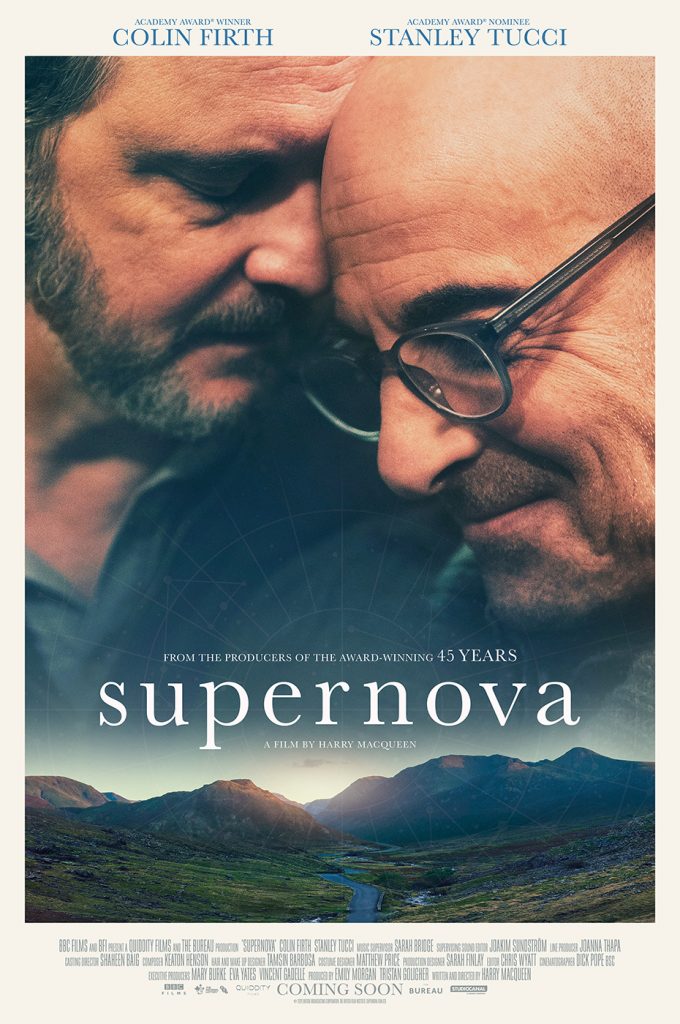