Leave it to some of Toronto’s funniest people – Gwynne Phillips and Brianna Templeton of the award-winning comedy duo Templeton Philharmonic and Second City main stage performance Chris Wilson – to bring the laughs to a dinner party among friends that slips from awkward introductions into an evening of deadly consequences faster than you can say “cheers”.

Attending a friend’s gathering with his wife Paige (Phillips), Tom (Wilson) is facing crippling social anxiety over the evening’s host Brad (Paul Beer).  Does Brad hate him? Are they late to the party? Were chips the right snack to bring? Most importantly, is Brad trying to kill him? Tom’s paranoia spirals out of control as their host and his wife Claire (Templeton) and fellow guests Ethan (Sharjil Rasool) and Sandiford (Chris Sandiford) add to the tension and aggravation. As the evening unfolds, the body count increases in surprising and hilarious ways.

Co-written and directed by Phillips, Wilson, and Templeton, Alaska premiered at the 2019 Atlanta Shortsfest where Wilson won the Best Actor award.

Alaska screens as part of Toronto After Dark’s Canadian Shorts After Dark showcase on Sunday, October 20.

Get a full run-down of TADFF here and our picks for the top 5 movies to see at the fest. 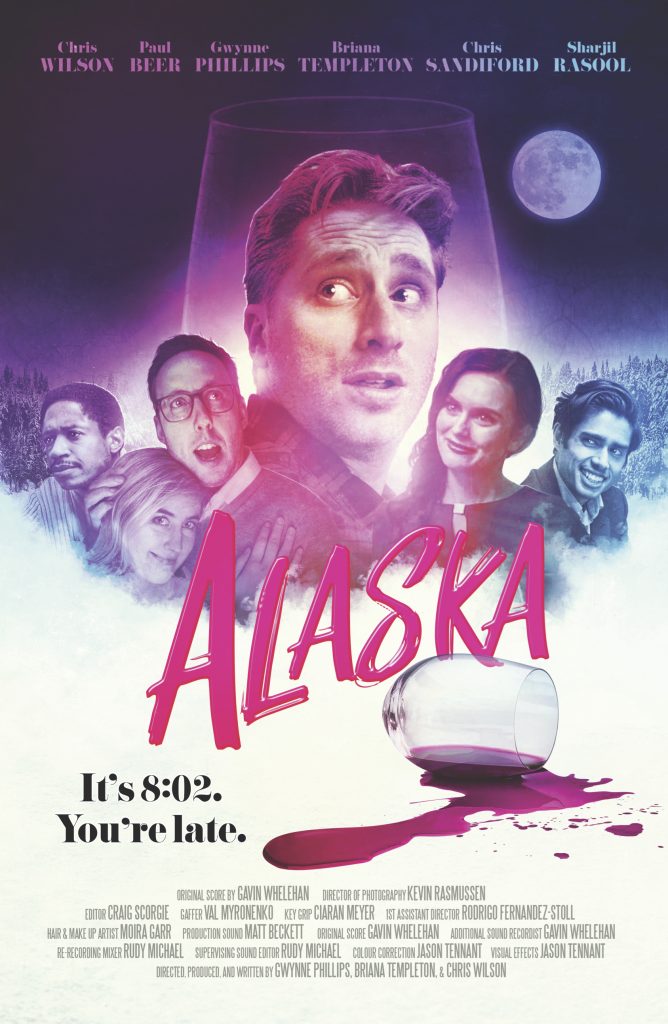