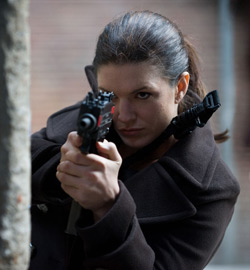 The interesting, but flawed Haywire stands out as an anomaly in director Steven Soderbergh's recent filmography. It’s a straight up revenge film unconcerned with further reaching implications, but dripping with sexuality and action.
SEPTEMBER 28, 2011: Final 10 Films include Ti West’s INNKEEPERS! Lucky McKee’s WOMAN! Two World Premieres and More! Toronto After Dark Film Festival is THRILLED to officially announce its FINAL WAVE of exciting new Horror, Sci-Fi, Action, and Cult feature film selections that will screen at the festival’s 6th Annual Event this October 20-27, 2011! […]

The Toronto After Dark Film Festival has announced the first wave of feature films slated for this year's event. The Canadian genre fest features some of the best and most off-beat horror, sci-fi, action and cult cinema from around the world. Hit the jump to see the line-up! 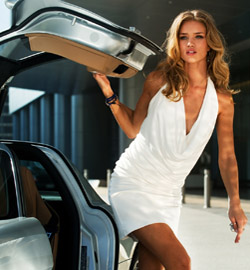 I will keep it brief since Transformers: Dark of the Moon director Michael Bay can't seem to do it himself. Do you just want to see some shit blow up? If you answered in the affirmative, then you will probably greatly enjoy this film a whole lot more than the second entry in the franchise since you will actually be able to SEE what is happening for a change. Everyone else looking for anything more than that can look elsewhere because that is all you are going to get from this astoundingly pretty, but astoundingly empty, incoherent, nonsensical and excessive film. 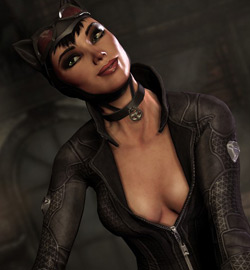 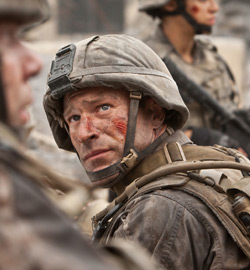 It has been a derivative year for games. But it’s also been a great year for games. Old material doesn’t mean a bad game, and even when titles like Darksiders were dramatically close to plagiarism, they remain some of the most enjoyable entries this year. Ninja Theory’s Enslaved is an ‘adaptation’ of one of China’s earliest exports: fables. Specifically the Journey to the West, but I would argue that it’s a more accurate ‘adaptation’ of Ubisoft’s Prince of Persia series. Even if it’s monkey see monkey do, does this monkey shine?
When a new film is being made by the same group who gave us the camp hits Tokyo Gore Police and Machine Girl, the purchase of your ticket is like an informal contract that you are basically down with whatever is about to happen for the next feature-length amount of time. No matter what. However, […]
When British director Neil Marshall isn’t making excellent horror films like Dog Soldiers and The Descent, he is making action movies. Fairly mediocre action movies. His last attempt at the action genre, the post-apocalyptic Doomsday, was both a critical and financial failure. Which was why I was skeptical about Marshall’s next crack at the action […]
How often does a film truly deliver on its premise? The very title of Alien vs. Ninja makes a promise to the audience that aliens and ninjas will go head-to-head in the film. Now I know what you’re thinking: this is a Japanese b-movie, surely there is a musical number or some boring melodrama getting […]
Midnight Madness has always been a favourite refuge for dorks at the Toronto International Film Festival. Free from the stuffy attitude that plagues the rest of the festival, Midnight Madness is just about the movies. Awesome, weird and insane movies. The programme is a showcase for the best in sci-fi, fantasy, action, horror, animation and […]
Thanks to Sylvester Stallone, Arnold Schwarzenegger and Bruce Willis, the action film reached its height in the late 80’s and early 90’s. It was a world where a man could battle an army of terrorists single-handedly and not only survive, but slaughter them all; where a man could fire forty rounds from his hand gun—while […]