To celebrate 007's arrival on 4K, Blu-ray and DVD, That Shelf wants to give one lucky reader a NO TIME TO DIE Limited Edition 4K Ultra HD + Blu-ray Premium Gift Set!

Foley artist John Roesch and Sound Designer extraordinaire Ben Burtt dive into the soundscapes that made RAIDERS OF THE LOST ARK one of the most exceptional films ever made. 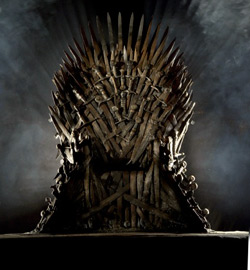 Marcus Hearn’s new book, The Avengers: A Celebration is an extremely well detailed journey through the creation, heyday and eventual demise of the classic show, and a treat for those like me who haven’t seen the entire show, for avid fans who want to know the inside scoop, and for those interested in the inner workings of this interesting period of television history.
Quentin Tarantino decided to debut some behind-the-scenes footage from his new film, the Second World War Nazi-Killfest Inglourious Basterds. The clip features our first look at Toronto native-son Mike Myers as British General Ed Fenech.  Thanks to the internet—and Dork Shelf—you don’t have to sit through the low-brow schlock that is American Idol, you can […]