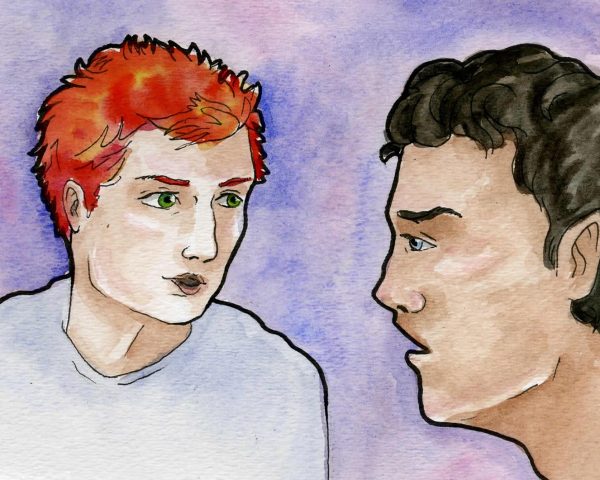 This is Page of the Wind. Every day, three super fans read a page from Patrick Rotfuss' The Name of the Wind, and then discuss it in detail.

Fans of Harry Potter will be able to get the proper version of events even if they can't see the play in London.

There’s a lot at work in this story: loss, love, and more than a smidgeon of lunacy, making Depth Charging Ice Planet Goth one of the most refreshing reads of 2014.

Eric Smith's new book The Geek's Guide to Dating is a tongue-in-cheek book that has exactly what the “Player One” who has everything in his life but a leading lady needs.

Marcus Hearn’s new book, The Avengers: A Celebration is an extremely well detailed journey through the creation, heyday and eventual demise of the classic show, and a treat for those like me who haven’t seen the entire show, for avid fans who want to know the inside scoop, and for those interested in the inner workings of this interesting period of television history.

Last November I was privileged enough to witness a rare meeting of the minds and report on it for Dork Shelf. Cronenberg looks under King’s Dome detailed the filmmaker’s interview with Stephen King in front of a giddy audience at Toronto’s Canon Theatre. Although they covered many subjects it was primarily a promotional event for […]
A friend of mine once told me about a movie series backed by Ted Turner which was set up to be an epic, three-part, 12-hour opus about the American Civil War.  It was called Gods and Generals, starring Jeff Daniels and Robert Duvall, and it was canceled after the first 4-hour entry of the trilogy.  […]
The Hollywood Reporter and several other outlets are reporting that HBO has given the greenlight for a ten episode order of Game of Thrones. The TV series, which is based on George R.R. Martin’s extremely popular A Song of Ice and Fire novels, shot its pilot in the UK and Morocco late last year. Thrones […]
Paramount Pictures has found a new director for their adaptation of Frank Herbert’s landmark science fiction novel Dune.  Director Pierre Morel (Banlieue 13, Taken) replaces Peter Berg who had been attached to the project for some time.  This will be the second film adaptation of Dune, the first being David Lynch’s abortive 1984 attempt.  The […]