Love watching older films on the big screen? We've got your comprehensive guide to all the repertory screenings happening in Toronto this month!

This week on Page of the Wind, we’re covering pages in which we get a brief interlude from Kvothe’s tragic tale and then we dive right back in to find out how li’l kid Kvothe survives in the woods.

In honour of the TIFF Bell Lightbox's Back to the 90s series, our 90s raised film editor tries to remember when he saw each of the films playing and how he felt back then (complete with a special "mixtape"). 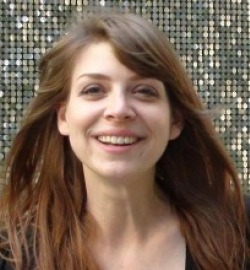 You probably recognize Amber Benson from Buffy the Vampire Slayer; but, what you might not know about Benson is that, in the years since her Whedon days, she’s become a prolific creator of film, television, webseries, novels – and, of course, comic books!

This is it. The end. After four years of Buffy comics, this is the last issue. Until Buffy the Vampire Slayer Season Nine, which is already confirmed. The last issue of this phenomenal run of Buffy comics is okay. Not amazing. Not bad.