Last year, Overwatch was being tipped to launch the world of eSport into the mainstream consciousness. As events have panned out, established games such as League of Legends, Call of Duty, Dota 2 and CS:GO have remained the highest profile in the eSports world. However, the list of games that are garnering competitive leagues is […]

Sledgehammer still needs to grapple with gaming's toxic culture and the uncomfortable history of WWII.

Matt Faithfull advances to the final round of Cineplex's World Gaming Canadian Championships.

These are the meaningful personal connections you make when you first venture into the world of party chat in Call of Duty.

Eric and Jon talk OlliOlli 2 and Battlefield: Hardline in Episode 13 of the WhaleCast.

The lack of good sales data needlessly clouds the relationship between publishers and consumers.

On the troubling visual similarities between real violence and its simulated counterpart.

The Wii U has finally arrived. Now that the first reviews are trickling in, we want to explore what the first crop of games tell us about the Wii U’s potential as a hardcore and mainstream gaming platform. 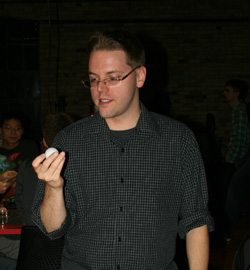