Dork Shelf sat down with "School Spirit" writer Kate Leth to discuss her enthusiasm for romance comics, her process, and her views on the future of the genre. 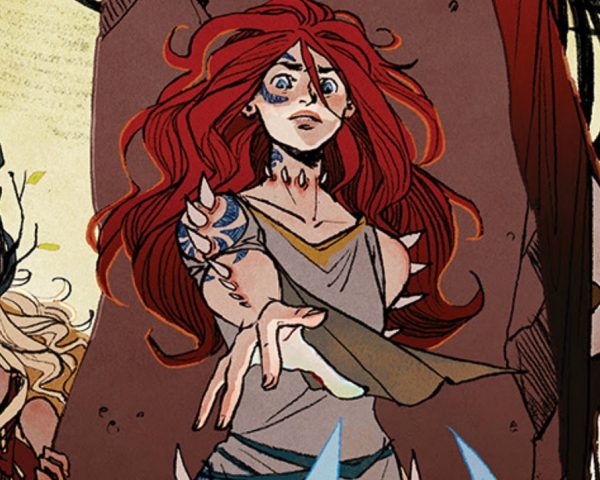 We talk with Eisner Winner Jorge Corona about Goners.

The animated adaption of the infamous Batman story The Killing Joke potentially just got a whole lot better.

On this episode we review Ant-Man and talk with cartoonist Chip Zdarsky of Howard the Duck, Kaptara and Sex Criminals.

[Editor’s Note: If you’ll recall from the last Eisner Review, Heather’s completion of the Eisner Watch series was cruelly delayed because of jury duty. This is the last of the series, focusing on the 2015 Best New Series winner, Lumberjanes.] Have you ever been to summer camp? Have you ever had a group of friends […]

The Eisners may be over, but there's still a couple titles left to review! Rocket Raccoon, another title nominated in the Best New Series category, came right in the middle of an entirely unexpected phenomenon.

If this comic doesn't deserve an Eisner, we don’t know what does.

The Fade Out, a new series published by Image Comics and written by Ed Brubaker with art by Sean Phillips, is an engaging story set on the set of a late 1940s Hollywood noir film.

DC Comics' Prez #1, the first installment in a 12-issue miniseries, is a reboot of a concept DC first tried for a four-issue run in 1973. The basic premise is the same: an 18-year-old gets elected President of the United States.