A gamer and a comedian, Second City veteran Kris Siddiqi talks about his video-game themed improv show and the benefits of dying for an audience. 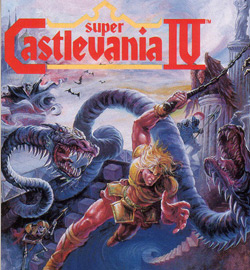 Fortress of Baller-itude is the video blog of Gavin Stephens Canada's best Nerdy comedian and co-host of the popular G33K N3RD D0RK podcast. Twice a month Gavin shares his opinions and perspectives on pop culture and fandom. Episode Two - Gavin breaks down the best video game soundtracks to get your nerdy partner in the mood.
Have you ever wanted to play the original Super Mario Bros. as Link, Samus or Simon Belmont? No? Well, then you’re crazy. However, if you’re anything like me, then you have always dreamed of slicing, whipping or blasting your way through the Mushroom Kingdom as one of Nintendo’s many other 8-bit heroes. That’s where Super […]