The 21st annual Hot Docs Canadian International Documentary Film Festival is upon us - running Thursday, April 24th to Sunday, May 4th - and here's your one stop shop for all of our reviews, interviews, features, and festivities from the largest festival of its kind in North America.

In honour of the upcoming release of the Coen Brothers' most recent film Inside Llewyn Davis opening in December, the Lightbox has programmed a selection of films from the duo, but how do these chosen films fit in with their latest work and how the brothers are constantly redefining genres? 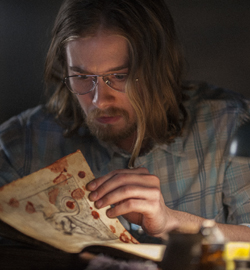 This Blu-Ray round-up for early July takes a look at the new releases of the rebooting of Evil Dead, the award winning documentary The Gatekeepers, the bizarre Southern fried sleaze of The Paperboy, and a different take on the already much talked about Spring Breakers.

Last week we looked at film from the first half of this year's CineFranco French language film festival (continuing at The Royal in Toronto through Sunday, April 14th). Here is a look at several films from the back half including a great documentary, films with appearances from Marc Andre Grondin and Jean Reno, and closing night feature Tango Libre.