Douche Ranking "The Lion and The Rose." Where Game of Thrones characters are ranked on the patented (patent pending) Dork Shelf douche-awesome scale, wherein douchiness is measured in Joffreys and awesomeness is measured in mother$&#@ing dragons.

Quite a few characters on Game of Thrones tend to be well… douches. The wonderful thing about the show, however, is that you never know what end of the douche-awesome spectrum each character will end up on from week to week. Dork Shelf has decided to help you keep track of where George R. R. Martin’s imagination children stand each episode with our newest feature: Douche Ranking Game of Thrones! 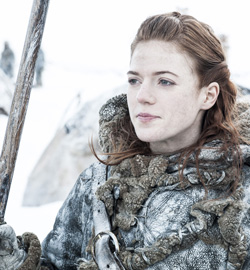