Catherine is a bit of a legacy project from the Persona Team, but they don’t drag any Persona iconography kicking and screaming into it. There are no zombie dogs, Pyramid Head or pretty pan blonde boys with goofy swords. Catherine's pastiche is conjured from scratch. And that’s one hell of a reason to start a steamy affair.

King's Bounty: Legions, the Facebook free-to-play version of 1C Company's role-playing game, opened the doors to its beta realm this week. From early impressions of Legions, the free browser-based version proved surprisingly robust, and might be the best video game using the Facebook platform to date.

Perhaps it came out too close to Activision’s Prototype, maybe a superhero-who-isn’t was not a marketable enough concept for people to latch on to, but whatever the reason may be, folks just don’t seem to talk about the original inFAMOUS on the same level they do Uncharted, or even Sucker Punch’s own Sly Cooper. inFAMOUS 2 hopes to drive it all home, carrying the pulse of the first and wrap up both the narrative and the possibilities rooted in the first. Is there chain-lightning in the follow-up, or is there not enough power to keep this engine running?

Toronto Indie Game Tuesday is a new weekly feature on the site. Every Tuesday, we will endeavour to encapsulate all the latest and greatest goings on in the local indie game scene, from news and trailers, to playable demos, download codes, events and more! 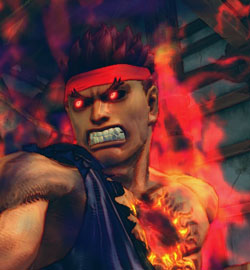 Super Street Fighter IV: Arcade Edition won't get new players interested in the fighting game scene any more than the latest map pack will for the Call of Duty franchise. But anyone who's sunk dozens of hours into the game over the past three years would do well to upgrade for roughly the price of two pints.

Irrational Games' Bioshock Infinite, the spiritual-but-maybe-not-really sequel to 2007's Bioshock, won multiple Best of E3 awards last month. Now the entire 15-minute demonstration has been posted to the public, and...well, maybe all those journalists and bloggers were right.

It is time to dust off your old consoles, its time to regain your muscle memory. We here at the Underground are opening our doors and plugging in some classic systems!

Everyone's favourite "war-themed hat simulator," Team Fortress 2, released its "Uber Update" yesterday. Aside from bringing a lot of improvements and additions to the 2007 first person shooter, the game's developers have announced that it will shift to a free-to-play model which is driven by micro-transactions.

In South Korea, Starcraft players have attained levels of prestige the equivalent of North American sports stars, including six-figure incomes, hordes or fans and recognition on the street. Real-time strategy has become a sport unto itself: a digital chess match that requires intense clicks-per-second and incredible observational skills. Tournament after tournament presents players going head-to-head – for cash. The prestige in North America is nonexistent by comparison, the money less and the fanbase not ready to making gaming more than a casual pastime. The North American Star League is trying to change that.

Nintendo is promoting its 3DS by dubbing Saturday, June 25th StreetPass Day, when meetups all around the world are held to get 3DS owners together. Toronto's A&C Games is joining in on the fun from 2pm to 8pm on the 25th. 3DS owners are invited to bring their games and virtual goodies to share with each other, and regular ol' Nintendo DS and DSi/XXL peeps are welcome to get one big LAN-a-thon going to celebrate all things two-screen-one-stylus.

Torontonians might think they have problems with their subway service, but they’ve got nothing on the citizens of Metro 2033, a sleeper hit of a game based on Dmitry Glukhovsky’s novel of the same name. Now, developer 4A Games has released their first trailer of the sequel, dubbed Metro: Last Light.